Share All sharing options for: Announcing the 2011 Eater Award Winners For Atlanta 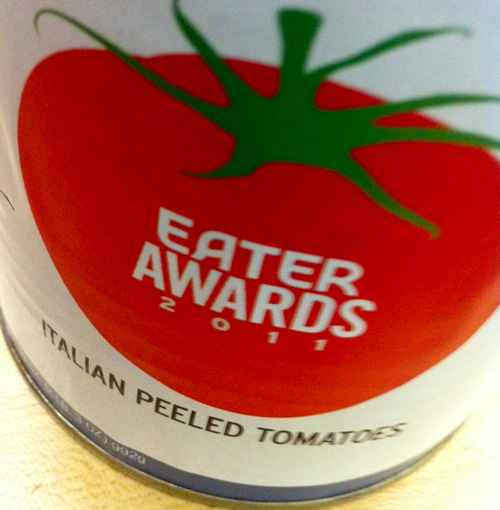 It is time now to announce the winners of the 2011 Eater Awards, presented by Patrón Tequila. In over 50 categories spanning thirteen cities, the winners comprise a diverse bunch of the finest and most interesting chefs, operators, and characters in the country. We applaud them. You are hereby instructed to applaud them. So, without further ado—actually, a few quick pre-ambling thoughts....

To recap, Eater's local editors in NYC, LA, SF, Chicago, Portland, Seattle, Austin, Atlanta, Dallas, Houston, New Orleans, and Miami nominated candidates for five major local categories: Restaurant of the Year, So Hot Right Now Restaurant, Chef of the Year, Bartender of the Year, and Best Bathroom. Eater readers then voted to narrow the field to a final three in each category. From that final three, the Eater editorial team chose the winner. Winners were then moved up to a national round to select the best of all the land. In very rare cases, we exercised Rule 17, Sub. 19, which allows for veto of the popular vote. (This rule was used just once in 2010.) In addition to these main stage winners, said Eater editorial team has named worthy winners in more specialized categories, for myriad notable achievements.

Nominees and winners alike will be feted at a party tonight in Manhattan. Those winners that couldn't make it should watch their mail for packages containing cans of Italian peeled tomatoes. And now, without further ado, the winners in Atlanta. Click through for the full rundown of winners across the country on Eater National.