Share All sharing options for: Chris Terenzi Taken Into Custody 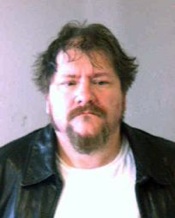 On November 11th, The Wrecking Bar Brewpub's owners Bob and Kristine Sandage posted a message on the Inman Park Yahoo board with the following statement: "Bob has assumed the responsibilities of brewmaster. However, our brewmaster, Chris Terenzi was taken into custody on Wednesday 11/9 by the Dekalb County Police Department. We are not going to publicly disclose the charge. If you feel it is important to know the charge, that is what the internet is for...Since this is still an open investigation we cannot comment further, but plan to assist investigators in any way possible." According to The Atlanta Journal-Constitution, a man named Christopher Terenzi was arrested the morning of November 9, 2011 and charged with felony sexual exploitation of children. [EaterWire]