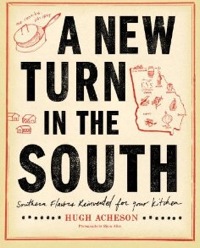 Hugh Acheson's new cookbook was named of "The Year's 10 Best Cookbooks" by DETAILS magazine. Acheson, who is chef/partner of Five & Ten, The National, Gosford Wine located in Athens, GA and Empire State South in Atlanta, has written a cookbook entitled A New Turn in the South, which, according to chef Mario Batali's endorsement on Amazon is: "simply a perfect way to understand and to make delicious and simple American food, refracted through the spectacular prism of the modern South." The book will be released October 18th, 2011. [DETAILS]