The Hunt For The Caddyshack Gopher At The Local Three

Share All sharing options for: The Hunt For The Caddyshack Gopher At The Local Three 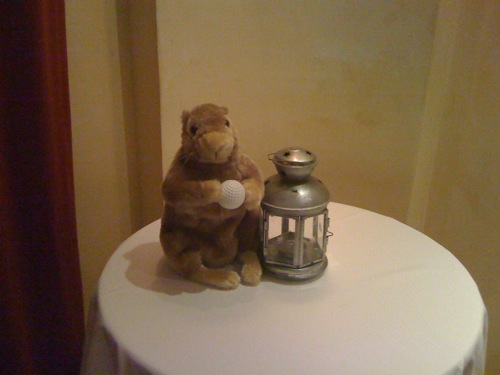 Today's Shit People Steal comes from chef Chris Hall of The Local Three Kitchen & Bar. If you have visited the restaurant, which is located in the old JOËL space, you know that the decor is all about being quirky and eccentric. The painting of the Last Supper featuring "The Dude" from The Big Lebowski near the entrance is a perfect example of its signature kitsch. But, as Eater Atlanta is learning from the stories restaurants tell, kitsch seems to breed theft in this town.

One thing the restaurant has struggled with since it opened is customers swiping the vintage salt and pepper shakers. Hall, who says "I'm a little country. You don't take people's shit without asking," took these thefts in stride since other customers bring them replacements all the time. However, one theft launched Hall into a month-long hunt for a stuffed gopher. Yes, a stuffed gopher.

You see, the private dining room in the restaurant is named "The Bushwood Room" after the Bushwood Country Club in the movie Caddyshack. As a present, Hall's wife got him a stuffed gopher complete with a golf ball for the room. However, after one party, the gopher vanished. Hall and his buddies didn't take this theft as casually as the salt and pepper shakers. He got the employee who books all of their parties to start an investigation, which turned into a month-long gopher chase complete with "threatening and cajoling."

The host of the party held in the room the night of the disappearance finally fessed up. Turns out that they took the gopher out partying the night in question and lost him. Soon after the confession, a replacement gopher suddenly arrived in the mail and the boys treated him to a royal welcome. 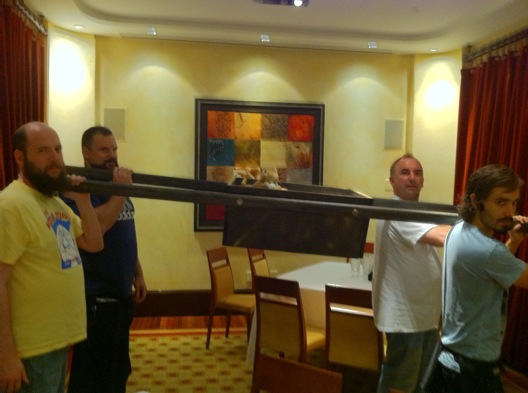 "The Bushwood Room" is currently being renovated and the gopher is getting his very own safe cubby. In addition to the cubby, Hall recently had an exact replica of the infamous rug from The Big Lebowski made for the room. Let's hope it isn't damaged by thugs or stolen by Nihilists working for a ginger viking.

Want to submit your theft stories? Send 'em on over to atlanta@eater.com