Share All sharing options for: Local Chefs That Rock 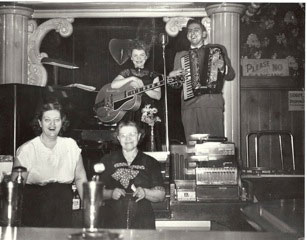 Saveur recently published an article on chefs who used to be musicians and it got us thinking: what Atlanta chefs have been or are in bands? Chef Steven Satterfield of the award-winning restaurant Miller Union used to be in a "dream pop" band called Seely when he was an architecture student at Georgia Tech. He later formed the band Silver Lakes. Check out the video of Silver Lakes playing at The Earl after the jump.

Chef Ryan Stewart, formerly of The Glenwood, played guitar and sang vocals for The Raymond Brake, an indie rock band based out of Greensboro, N.C. in the early 1990s.

Chef Ford Fry of JCT Kitchen & Bar and No. 246 (and more to come) and chef Zeb Stevenson of Livingston Restaurant + Bar are members of the band Five Bone Rack. They performed at this year's The Attack of The Killer Tomato Festival.

The Owners of Brush Sushi Are Planning a Dunwoody Omakase Restaurant