Time To Buy Your Own Damn Paper

Share All sharing options for: Time To Buy Your Own Damn Paper 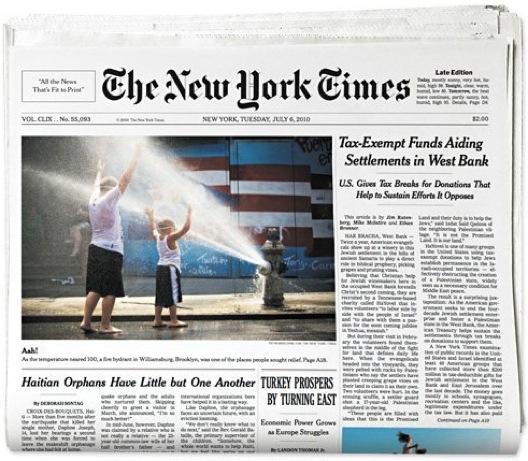 This week's edition of Shit People Steal comes from Ron Eyester, executive chef and owner of Rosebud and The Family Dog (aka "The Angry Chef"). This story happened when Rosebud was still named Food 101.

We had a frustrating spell in which our New York Times would seemingly not arrive. After calling the New York Times several times, they remained confident that the paper was indeed being delivered each day and that in fact the problem was on our end. Coincidentally, one morning I needed to be at the restaurant earlier than normal (probably because I was headed to some charity “dog & pony” show) and precisely as I pulled up and got out of my car, a woman from the neighborhood was briskly walking by as she casually bent down to grab the little blue bag containing the New York Times?When I confronted her, she informed me that the “owner” was well aware of the fact that she was taking the Times for her own reading pleasure, which was a bold faced fuckin’ lie.

So what happened after "The Angry Chef" confronted the woman?


She tucked the newspaper under her arm and kept walking, but the next day both the AJC and New York Times were there?

Want to submit your theft stories? Send 'em on over to atlanta@eater.com