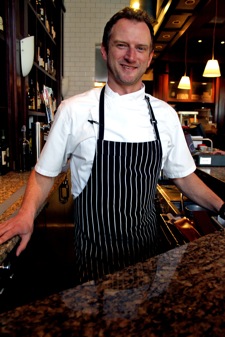 MIDTOWN/VIRGINIA HIGHLAND: Chef Craig Richards has been named executive chef at Ecco. Richards, who trained under the unrivaled Italian cooking master Lidia Bastianich, will be replaced at La Tavola by Brent Banda. Banda has been Richards' sous chef for the past three years. [EaterWire]

PONCEY-HIGHLANDS: The Whole Foods on Ponce de Leon has debuted a personal shopping service according to its twitter account. You can get it curbside for $10 or delivered for $20. More information on the new service here. [EaterWire]

EVERYWHERE: Yumbii, one of Atlanta's first food trucks, launched a second food truck today. Look for the same Asian-Latin fusion dishes on the new truck. Follow it on twitter to keep up with its movements.

INMAN PARK: Inman Park restaurant Week will take place September 19th-25th. Many of Inman Park's best restaurants - such as Kevin Rathbun Steak, One Eared Stag and Sotto Sotto - will participate. Each restaurant will offer a three-course, prix fixe menu, which will cost $15.00, $25.00 or $35.00. More details on menus at www.inmanparkrestaurantweek.com. [EaterWire]