At Eater, we're closing out the year with a survey of friends, industry types, and bloggers. This year, we asked the group eight questions covering everything from Meal of the Year to Best Dining Neighborhood. All will be answered by the time we turn off the lights at the end of the week. Responses are related in no particular order; all are cut, pasted, and unedited herein. Readers, please do add your survey answers in the comments. 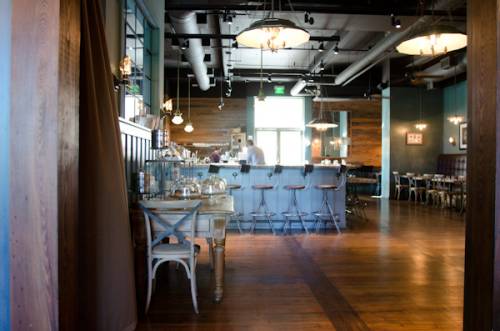 Q: Name your top restaurant standbys of 2012— the restaurants you returned to most.

Ashley Hesseltine, DailyCandy Atlanta editor and Witty + Pretty blogger: Barcelona, Barcelona, and Barcelona. Just kidding (but not really). You can't beat the scene, abondigas (read: meatballs), toasty bread, incredible staff, and half-price wine on Sundays. My other loves are Wisteria, The Optimist, the Spence, Rosebud, Empire State South, JCT, Cucina Asellina, El Taco, West Egg, and Nuevo Laredo. And I have a feeling I'll be frequenting Gio's Chicken (I've only been once as it just opened). Wow, I dine out a lot.

Alex Lassiter, co-founder, Supper Series: No matter how many places I try, I always end up eating Fox Bros once or twice a month. It has one of the best atmospheres in the city.

Sonia Chopra, Eater Atlanta editor: West Egg, JCT Kitchen, La Tavola, Sugo, the Bakery at Cakes & Ale, Empire State South for cocktails, Saturday lunch at El Burro Pollo (at least, until the end of the year!). I also spent many a Thursday eating from the food trucks at Peachtree and 12th and have been known to drive long distances during rush hour to track down King of Pops carts— the pops just don't taste the same if they don't come from under that rainbow umbrella.