Friends of Eater Name Their Favorite Meals of 2012

Share All sharing options for: Friends of Eater Name Their Favorite Meals of 2012

Here at Eater, our closeout of the year is a survey of friends, industry types, bloggers, and readers. We've already covered Best Standbys, Top Newcomers, 2012 in One Word, and the Best Dining Neighborhood, and the Biggest Dining Surprises, so now it's time for the year's best meals. Readers, please add your thoughts to the comments. 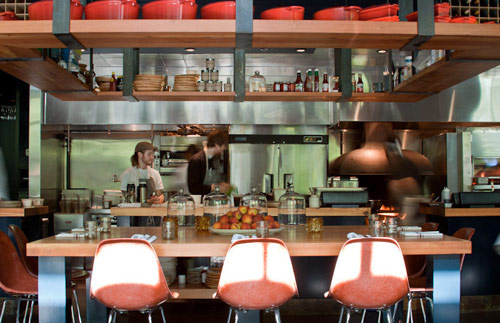 Ashley Hesseltine, DailyCandy Atlanta editor and Witty + Pretty blogger: I'd have to say it was at The Spence in September. The food was amazing, of course (I dream about the corn creme brulee on the reg), but my name was on the menu, one of my best friends announced some big news during dinner, I got some great news as well, and I got to take a bone (from the bone marrow with tuna tartare) home to my dog. For me, it's the experience that makes a "best meal."

Liza Dunning, Scoutmob: One Eared Stag -- a simple summer salad served in a cast iron skillet with barrata. Followed by a perfect piece of tuna collar.

Sonia Chopra, Eater Atlanta editor: I had an astounding meal— and a kitchen tour from Eric Ripert!— at Le Bernardin in November. Atlanta-wise, I had an incredible experience at the Spence the week that it opened and fantastic Italian food (and company) at Sotto Sotto this summer.

Jennifer Zyman, the Blissful Glutton: Unfortunately, it was not in Atlanta. My husband surprised me with a fantastic three-hour omakase menu at this little 8 seater in Miami called Naoe for our anniversary. I am a big Japanese food nerd so it was a treat. The best part - aside from the impeccable nigiri - was the soy sauce ice cream at the end. Like butterscotch and caramel had an umami baby.