Share All sharing options for: Atlanta's Biggest Dining Surprises in 2012

Here at Eater, our closeout of the year is a survey of friends, industry types, bloggers, and readers. We've already covered Best Standbys, Top Newcomers, 2012 in One Word, and the Best Dining Neighborhood, so now it's time for the biggest dining surprises of the year. Readers, please add your thoughts to the comments. 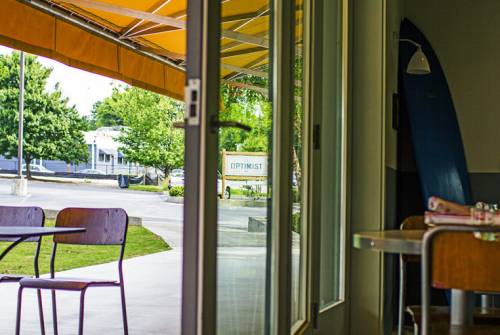 Q: What was the biggest dining surprise of 2012?

Liza Dunning, Scoutmob: Seeing The Optimist win GQ's Best New Restaurant: proud of the ATL recognition, shocked it could be considered THE BEST in the States. Guess we're just not used to seeing that superlative recognition for our city's dining scene.

Jennifer Zyman, the Blissful Glutton: The Optimist. I have never been a fan of JCT so I was pleasantly surprised to see Ford Fry open a place that's so fun. Oysters, cold beer and fresh homemade rolls. What else do you need in life.

Nick Miller, co-founder, Supper Series: I just went to The Lawerence after the abrupt change in chefs and it was awesome. Way above my expectations, and I really didn't expect them to bounce back so quickly. The brioche they use for the lamb sandwich might be the best bread I've had all year, and their tartare was good.
Also, now hearing that Pura Vida is closing is sad. Pura Vida and Super Pan are (were) solid spots and great for Poncey Highlands.
Last one: that Waffold stayed open as long as it did. (zing!)

Jimmy Sobeck, Eat It Atlanta: BATON Series. It was great. More permanently - Nicky's Seafood Downtown. No idea it was there.

Alex Lassiter, co-founder, Supper Series: That Super Pan closed. That place did not get enough love. Come back!

Ashley Hesseltine, DailyCandy Atlanta editor and Witty + Pretty blogger: Ammazza in Old Fourth Ward. Not that I expected anything subpar, but I didn't expect the pizza (and meatballs and cheese plate and desserts) to be as insanely delicious as they were. And I really dig the vibe. Another pleasant surprise: the Southern eats at Sway in the Hyatt Regency are to-die-for and the pie bar (yes, a decadent dessert smorgasbord) is pretty mind-blowing. Okay, now I'm literally drooling on my keyboard.

Christiane Lauterbach, Knife & Fork and Atlanta Magazine: I would have to say the Atlanta Food Festival in its first year

Carly C., Atlanta Magazine: All of the bacon in everything

Sonia Chopra, Eater Atlanta editor: For me, one of the biggest surprises was the number of people who kept saying Atlanta isn't ready for blood, or Buford Highway, or whatever. The dining scene in this city can hold its own now! I'm also still not over the news about Pura Vida closing.