Industry Tastemakers on Their 2012 Restaurant Breakups

Share All sharing options for: Industry Tastemakers on Their 2012 Restaurant Breakups 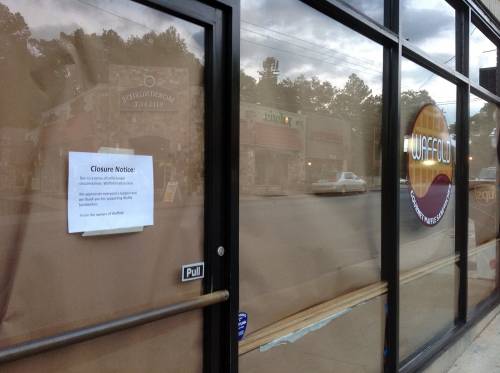 Q: Were there any restaurants that you broke up with in 2012?

Jennifer Zyman, the Blissful Glutton: Miso Izakaya. I feel for Guy Wong. He is such an energetic and passionate chef with lots of talent. However, the service at his restaurant makes me want to pull my hair out every time I dine there. It ruins his otherwise fantastic food. I hope he gets it together.

Liza Dunning, Scoutmob: Wisteria — maybe because I went there all too much 2010-2011. this year, I had to finally tread some new restaurant ground.

Nick Miller, co-founder, Supper Series: Belly General Store - I love their food and the vibe, but I finally got fed up with the lackluster service.

Sonia Chopra, Eater Atlanta editor: Any restaurant that uses Comic Sans on its menu, no matter how good the brunch may be. Just don't.

I've also tried really hard to like Seed in Marietta but always seem to leave disappointed.

Ashley Hesseltine, DailyCandy Atlanta editor and Witty + Pretty blogger: Yes, one major breakup, but I'd rather not say. I will say it began when they took the veggie plate off the menu though...

Jimmy Sobeck, Eat It Atlanta: Oh, I'm not going to stir up that one, but the places I won't try again are generally related to service issues, not food. One very popular restaurant took half a dozen phone calls and four days to correct an invalid credit card settlement of $80 on a $20 ticket. That's weak (curry) sauce.

Billy Holcombe, RestaurantsATL: Any cash only restaurants. Yes, they do exist.