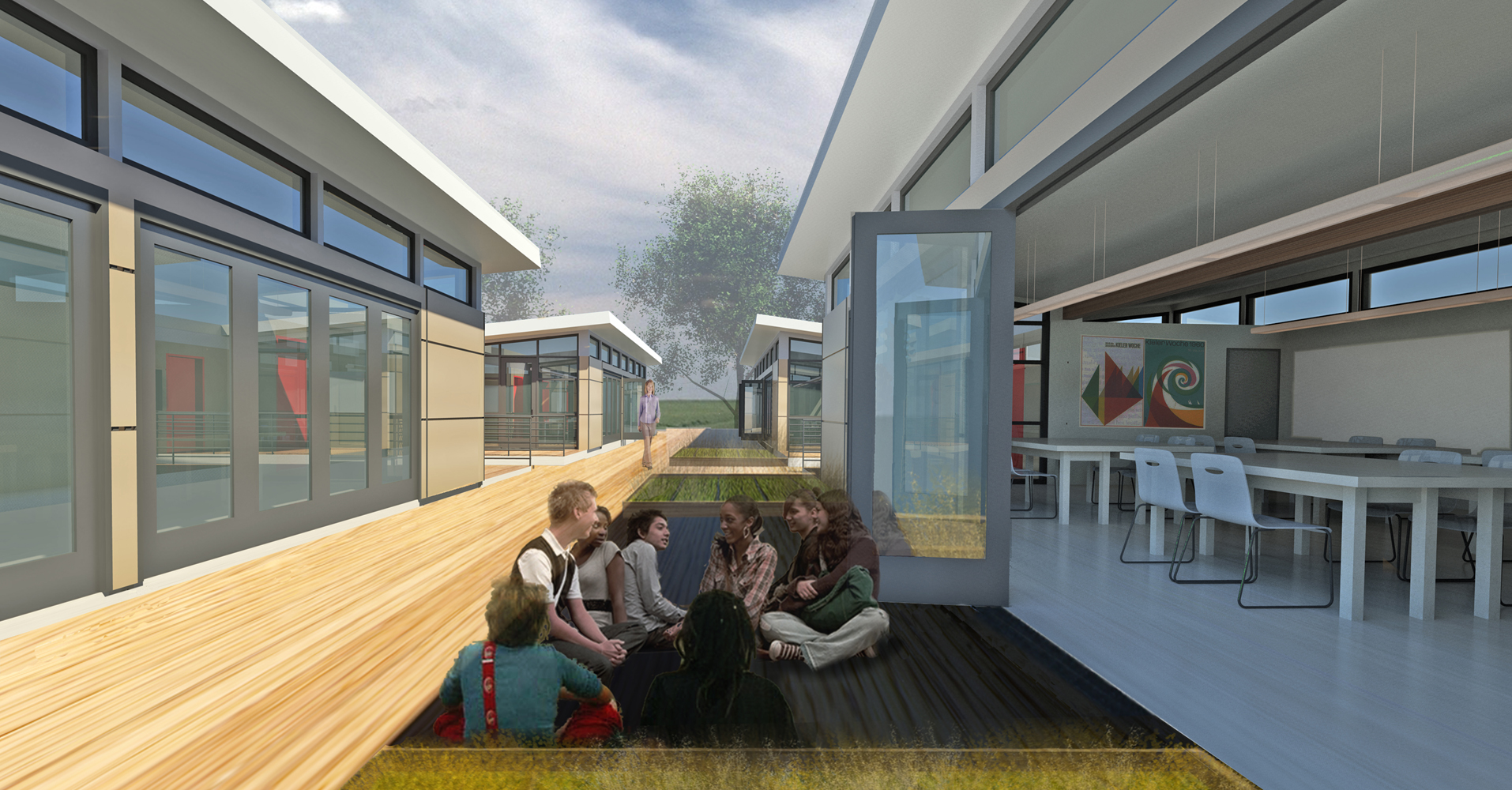 Midtown—Curbed got a look at some of the architecture and design goodness coming out of the labs, er, offices of Perkins + Will. If governments begin making economic decisions based on the long view and the big picture, this new design for a modular classroom could be a game-changer. The National Building Museum has seen fit to exhibit it, that'd make it worthy of a Georgia public school parking lot, yes?

Alpharetta—The new owners (North American Properties) of the recession-hobbled Prospect Park have renamed the place Avalon and released revised plans for the massive mixed-use development at GA 400 and Old Milton Parkway. The new plans include—gasp—apartments, and you know what that means! Alpharetta residents are voicing "concerns" with the standard issue classist, racist overtones that make the Atlanta suburbs such wonderful places to have to live near.

Buckhead—There exists in Atlanta a fabulous, slightly strange place for people to buy fabulous, slightly-strange dresses that one won't find at Macy's or Neiman Marcus. It's called, appropriately, Miz Scarlett's, and it just moved into some bigger, fancier new digs just down the street from its old home on Piedmont. (Tip o' the Hat to some rather eloquent Yelp! commenters for helping us finally understand what this place is all about...read the whole piece and you'll see what we mean).

House of the Week—Not too many tears were shed when the Atlanta Braves traded former-ace pitcher Derek Lowe to the Cleveland Indians last fall. But D Lowe may be a bit sad to be leaving the lovely French country-style mansion on Peachtree Battle Avenue that he bought to live in while he was here. The house hit the market this week for $3,495,000, and we must say it presents a rather "gentleman jock" image for Derek Lowe...wethinks that both the ladies and the menfolk would agree that he is to be lauded for his taste in interior decorators.