Share All sharing options for: Late, Great ATL Architects; Signs of Life at Buckhead Atlanta; An Estate in Grant Park 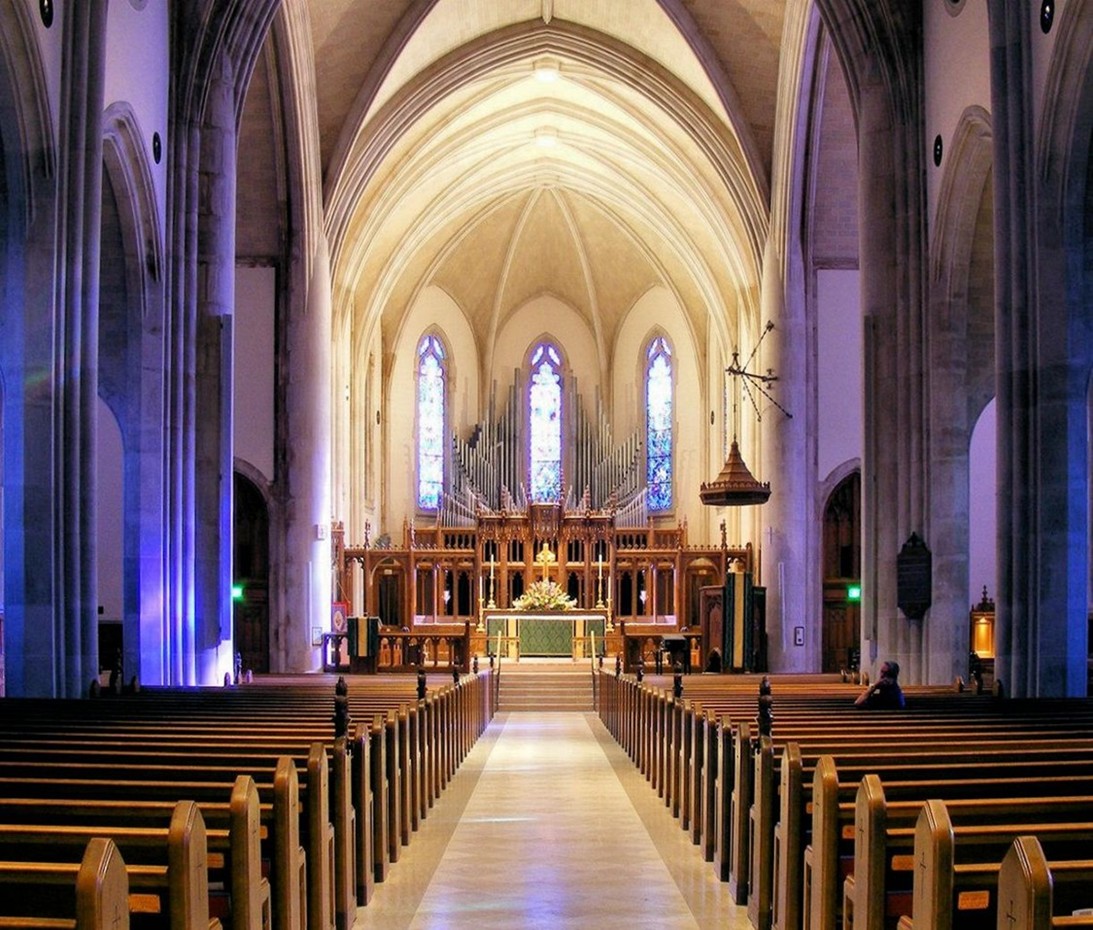 [The nave of the Cathedral of St. Philip in Buckhead, but one of the significant works in the late Atlanta architect Francis Palmer Smith's eclectic portfolio. Photo courtesy of AGO.org.]

Atlanta— Two of Atlanta's late, great architects were in the news this week. A Georgia Tech architecture professor has written a book on the work of the school's first leader, Francis Palmer Smith, and Frank Lloyd Wright protege Robert M. Green's Arrowhead House hit the market.

Downtown— With construction in progress on the Atlanta Streetcar, it's time to begin rubbing hands together and imagining the possibilities for development along its path. Jonathan Carnright explores some of the plans being discussed.

Decatur— With a Walmart on the way as the anchor of Selig Enterprises' redevelopment of Suburban Plaza, local retailers are preparing for the worst, but one business is calmly preparing to compete and thrive in life after the arrival of Sam Walton's army.

Buckhead— After a years-long dormancy, the Buckhead Atlanta (aka Streets of Buckhead) is finally active again, as new owner/developer Oliver McMillan begins pre-construction work to prepare the project to go vertical.

House of the Week— If you're a fan of Grant Park but can't live in anything less than an estate, take note- there is such a place for sale, and it's as grand as anything you'd find in Buckhead...and a lot cheaper.