The final touches on Lure. Photos by Brittany Wages.

After three years of planning, one-and-a-half weeks of staff training and seemingly endless cooking, the Fifth Group's new seafood spot, Lure, opens Thursday for Friends & Family night, and then Tuesday, July 17 for the public. Housed in the completely renovated old Vickery's space, Lure certainly has that soothing farmhouse feel with reclaimed woods from all over the world, a giant anchor that sat at the bottom of the Boston Harbor for more than 200 years, and a lamp made from the nose of a World War II bomber in the lounge.

There's complimentary valet parking, a patio that seats 60, and a 14-seat bar made from poured zinc. There are also antique punch bowls for serving punch to groups (or just really thirsty individuals), bottle openers as part of the usual table settings, and prosecco and Greek wine on tap.

Chef David Bradley will be cooking trout (among other items) on his new Josper grill that runs only on charcoal. He'll be converting fryer oil to biodiesel and collecting rainwater and the condensation produced by the air conditioner under the restaurant for use watering plants and flushing toilets.

Lure is the first Fifth Group restaurant that the company actually owns the building its housed in, so they're certainly confident in the finished product! The menu features oysters on the half-shell, seared salmon crudo, spicy veracruz-style shrimp cocktails, grilled octopus and pork lettuce wraps, and more below. Check out all the dishes below. 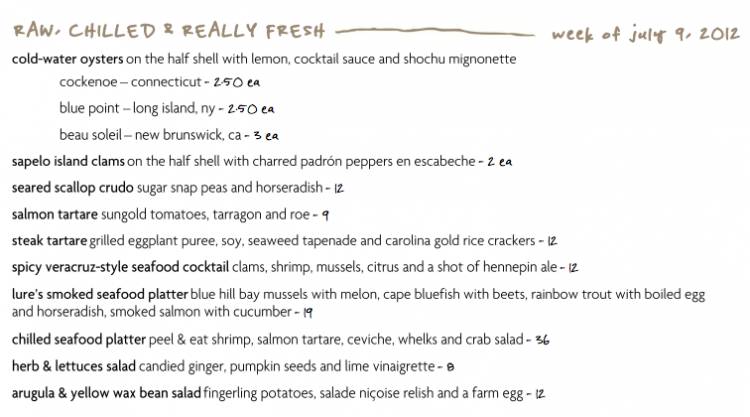 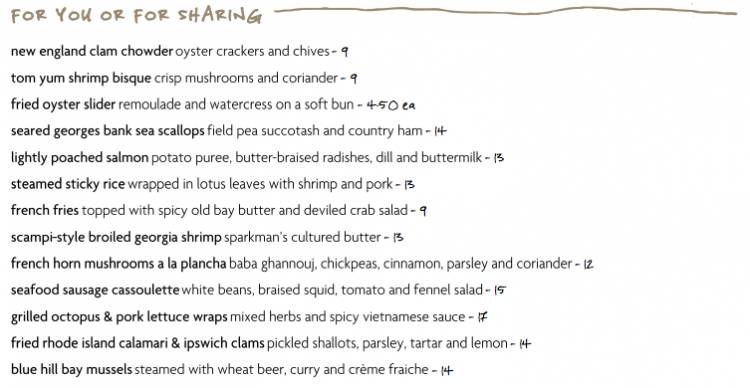 · All Coverage of Lure [-EATL]