Thrillist's Michael B. Jordan on Keiran Neely of P'cheen

Share All sharing options for: Thrillist's Michael B. Jordan on Keiran Neely of P'cheen 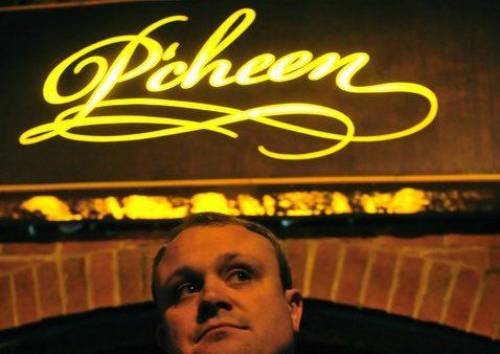 Keiran's from Liverpool, lives in Decatur, and works in the O4W, which I just happen to find hilarious. But he gets my vote just for being a really welcoming dude. The fact that he's part-owner of P'cheen but is there working the host stand almost always when I stop by (I stop by a lot) is something I respect greatly, not to mention that on top of recently having his first daughter he's also just-as-recently expanded his restaurant empire with partners Alex [Friedman] and Mike [LaSage] into Vesuvius and Bone Lick. And apparently he's like a seriously respected house DJ, but crazily let me play Kanye West records a couple nights at P'cheen, and even though I had no idea what I was doing he showed me how to use the equipment, and even gave me a $50 bar tab. That's the homie.
—Michael B. Jordan, Thrillist.com

Is there an outstanding server, host, or other FOH sensation the city should know about? Drop a line to atlanta@eater.com.
· All Front & Center Coverage [-EATL-]
· All Coverage of P'cheen [-EATL-]
[Facebook]