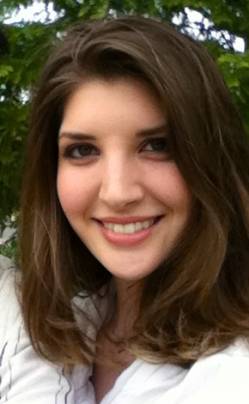 "I take a lot of pride in making guests feel at home," says Stephanie Fernald, who works as a server at Osteria del Figo, "two to three nights a week," though fortunately she can be found there far more often than that. A skilled multi-tasker, Fernald juggles her tableside shifts with others as bartender, hostess/cash register operator, staff trainer, and has even stepped up as restaurant manager in a pinch. The Atlanta native previously worked at Legal Sea Foods in Boston while attending college before transferring to Georgia State University, where she studies art and psychology. In the 18 months she's held her current position, she's come to view her workplace as a home—and it's that feeling she strives to share with guests. "One of the nice things about FIGO is that it doesn't feel like a restaurant to me," she says. "It's so much more than that, it really feels like family among the staff. So we try to create that for our guests to make them feel like they're having a really rich, comfortable and engaging dining experience." Mission accomplished: She skillfully balances attentiveness with respect for privacy, infuses routine conversations with genuine warmth and exudes an engaging personality. Visit once and you'll return, both for the food and the friendship.
—Hope S. Philbrick, Insatiable Hope

Is there an outstanding server, host, or other FOH sensation the city should know about? Drop a line to atlanta@eater.com.
· All Front & Center Coverage [-EATL-]
· All Coverage of Figo [-EATL-]