Above, James Beard winner/judger of Top Chef cheftestapants/unibrow rocker Hugh Acheson's take on what the masses want in 2013. The tweet came about after a conversation that started with the Atlanta Journal-Constitution restaurant critic John Kessler posting the following to Twitter over the long holiday weekend: "If I never get a drink served in a mason jar in 2013, it will be a good year." Acheson said that was "crochety old man speak," and matters quickly progressed. Read the full conversation below, and feel free to weigh in on the importance of drink vessels— are Mason jars so 2012? Does it really matter what a cocktail is served in?— in the comments. 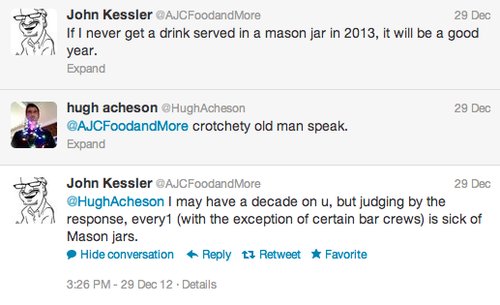 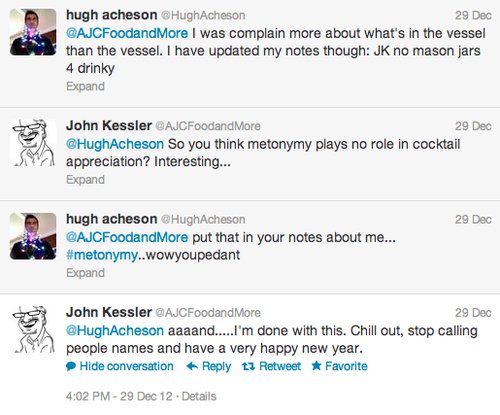 Update: Metonymy, as defined by Google: Noun; "The substitution of the name of an attribute or adjunct for that of the thing meant, for example suit for business executive." Now you know.