The General Muir Opens Its Doors Today In Emory Point

Share All sharing options for: The General Muir Opens Its Doors Today In Emory Point

The General Muir opened to the public this morning in Emory Point. The restaurant is divided into a full-service restaurant— currently open Monday through Friday for breakfast from 7 a.m. to 11 a.m. and lunch from 11:30 a.m. to 2:30 p.m. with dinner coming next week and weekend brunch from 8 a.m. to 3 p.m.— and a more traditional counter-service Jewish deli that serves 7 a.m. to 7 p.m. Monday through Friday and 8 a.m. to 5:30 p.m. on the weekends. The space, designed by Square Feet Studio, has a 12-seat bar connecting the deli with the full-service seating and will have a 32-seat patio ready by the time the Atlanta weather decides to settle into spring temperatures.

The Menu:
Breakfast options include bagels, made in-house daily, that can be topped with a variety of schmears, lox, baked salmon salad, and more. There are also plates like the smoked hash with crisped pastrami; poached eggs and grits with gruyere and roast mushrooms; hazelnut-crusted French toast; and fish and potatoes, or smoked salmon over latkes. 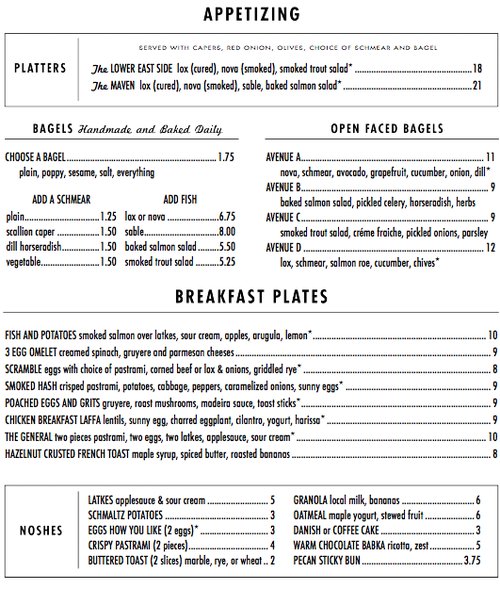 For lunch, expect to find menu items like deviled eggs, matzoh ball soup, corned beef and vegetarian reubens, lamb sausage, and pastrami sandwiches. When dinner starts, the offerings will include a three-course chicken dinner for $32, roasted duck, griddled veal heart, skillet-crisped trout, and prune-stuffed gnocchi. There's also a cheeseburger from chef Todd Ginsberg, whose Bocado double-stack has become known as one of the best in the city. The Emory Point version comes with onion slaw, American cheese, and pickles on a poppyseed roll. 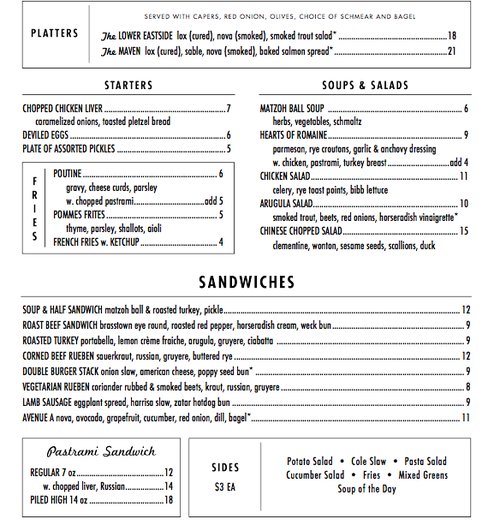 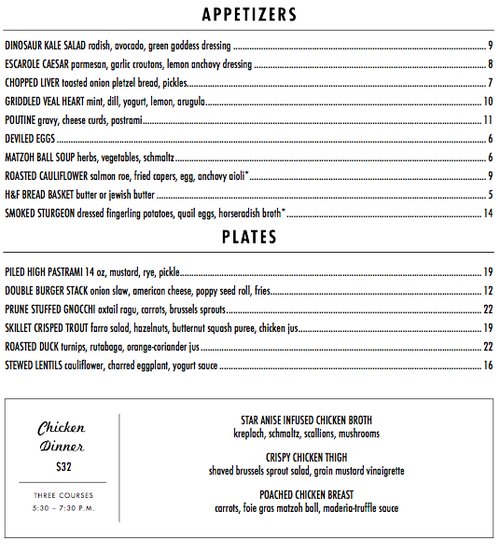