Whale Watching with an Atlanta Hawk

Share All sharing options for: Whale Watching with an Atlanta Hawk

Below, a Whale tale from an anonymous source about an anonymous Hawks player at an anonymous restaurant. Please direct your attention to Curbed Atlanta after reading for even more Hawks Whaledom. 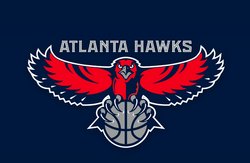 A Hawks player was a partner at a restaurant, and one of the things he used to love to do was, when a basketball game would end at 9 or 9:30 p.m., he'd send a text message to manager to say that he was coming over "with everybody." He'd say, "I'm bringing the whole team, I'm bringing a bunch of people— get the steaks going, go ahead and cook them, we want them ready when we come in. Go ahead and open a bunch of bottles of champagne."

So one night, we were closing, and the manager came out and told us to stay in the kitchen, because the player was coming in with a ton of people. He said we needed to cook forty rib-eyes, because they wanted to eat as soon as they got there. We were like, okay, what ever you say, and we cooked the steaks, opened up ten bottles of Dom Perignon, the whole nine yards. And then we sat there, waiting and waiting, until 11:30 p.m., when the manager came back into the kitchen and said, "Nevermind, they're not coming." We were like, what do you mean they're not coming? And he says that the player changed his mind because everybody was tired and they didn't want to go out. There were all these cooked steaks, and all these bottles of champagne opened already, so we asked what he wanted us to do with the rib-eyes and he said, "I don't know. Throw them away or something." We ended up finding another use for them, but that was like $500 worth of meat and a couple hundred dollars worth of champagne just wasted.

Got a juicy Whale tale? Send it over to the tipline.
· All Whale Week Coverage [-EATL-]