Get the Scoop on Spritzer Night at Timone's

Share All sharing options for: Get the Scoop on Spritzer Night at Timone's 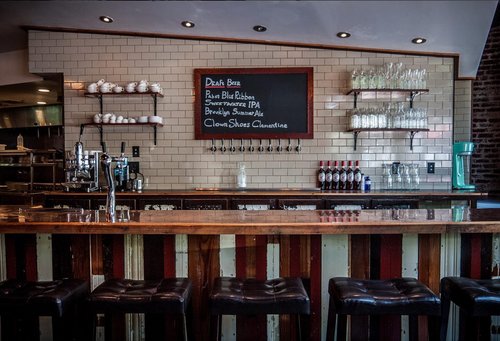 Check out what Jason Kemp has to say about the cocktail program at Timone's:

Recently, having partnered with Ron Eyester to open a chef's take on a farm-to-pizza concept in Morningside, we decided not to push hard liquor and instead focus on really serving great regional wines and aperitifs. Following his lead in the kitchen, our bartenders are crafting sodas and milkshakes that utilize some really great locally sourced ingredients, Our root beer, for instance, has local foraged sassafras among its many other roots. We have been enjoying the idea of creating lower alcohol cocktails, spritzers, wine coolers, sparklers, and selling session-able craft beers. It's my belief that folks can definitely enjoy a night out without the seemingly pre-requisite drunken obliteration.