As is the tradition at Eater, our closeout of the year is a survey of friends, industry types, and bloggers. We've already covered the restaurant standbys, best newcomers, and 2013 in one word. Now it's time for the best dining neighborhood. 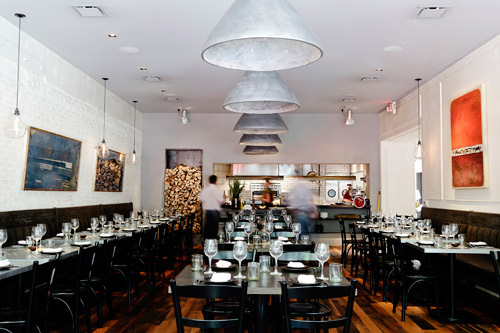 Bob Townsend, Atlanta Journal Constitution:
Decatur for community, quality, diversity, walkability, drinkability and a MARTA stop smack dab in the middle of it all.

John Kessler, Atlanta Journal Constitution
Decatur, because people are more and more heading into town first, then seeing where they can get a table or what kind of progressive meal they can assemble. It has a texture (and cocktail scene) unlike anywhere else in town.

Jimmy Sobeck, Eat It, Atlanta:
Old Fourth Ward/Inman Park (in particular, the stretch of Edgewood from Joystick Gamebar down to One Eared Stag)

John Mishler, Eater Atlanta contributor
Decatur. Stand in the middle of Decatur Square and turn in a circle. You will have just seen The Iberian Pig, Victory Sandwich Bar, Cakes & Ale, Leon's Full Service, and No. 246, not to mention a Starbucks and a historic county courthouse.

Laura Scholz, Eater Atlanta contributor
Decatur. I am a Westside resident and huge fan of my neighborhood, but Cakes & Ale, No. 246, Pinewood, Leon's, and now Paper Plane and Kimball House, all within walking distance? It can't be beat.

Angela Hansberger, Fiddlehead Foraging:
Decatur has been the best place to wander from spot to spot over an evening. Oyster happy hour at Kimball House followed by a Sazarac on tap at Pinewood and finishing up with a cocktail with an ingredient never heard of at Paper Plane.

Grant Goggans, Marie, Let's Eat
We probably spent more time in Doraville than anyplace else. Our own neighborhood, you have to drive three miles to find someplace that isn't a Captain D's, so pretty much every neighborhood in the entire metro area is better than ours for dining.