Remembering the Biggest Dining Surprises of 2013

Share All sharing options for: Remembering the Biggest Dining Surprises of 2013

As is the tradition at Eater, our closeout of the year is a survey of friends, industry types, and bloggers. We've already covered the restaurant standbys, best newcomers, 2013 in one word, and the best dining neighborhood. Now it's time for the year's best dining surprises. Readers, please leave your thoughts in the comments. 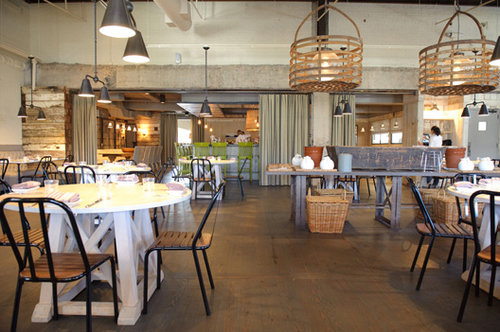 Q: What was the biggest dining surprise of 2013?
Bob Townsend, Atlanta Journal Constitution:
I wouldn't call it a surprise, but I'm still in awe of the way the restaurant community came together to create Team Hidi, continue the dream of Staplehouse, and found The Giving Kitchen.

Jennifer Zyman, Creative Loafing:
How much I ended up eating at The General Muir. It became our neighborhood restaurant for everything from breakfast to drinks. It is a fun place to hang out and a wonderful addition to Atlanta's dining scene.

Angela Hansberger, Fiddlehead Foraging:
Surprises came on a weekly or monthly basis with migratory chefs and ephemeral barkeeps in Atlanta's chef-driven restaurant scene. Where is Arianne Fielder today? Shane Devereux is now where? David Sweeney's Sunday dinners at Octane were a highlight for me. I would follow him and a hot plate anywhere.

Laura Scholz, Eater Atlanta contributor:
Hector Santiago finding a home in Abattoir. I really like what he's doing with the menu there.

John Kessler, Atlanta Journal Constitution:
The General Muir, which is stunningly good in so many ways. Both chef Todd Ginsberg and [former] pastry chef Lauren Raymond have shown themselves to be brilliant DIY practitioners.

Broderick Smylie, Savory Exposure:
BoccaLupo - I'd enjoyed the food at La Pietra Cucina however the room never really matched what was on the plate. Everything from the food, the vibe, and the service seems to connect here.

Grant Goggans, Marie, Let's Eat:
We visited Timone's and found that, for an ostensibly angry chef, Ron Eyester really is a great big cuddly teddy bear and a complete sweetheart. His big meanie act fooled me completely. His team also bakes a really great pizza, and that orange soda might be the best drink in the city.

The Brasserie and Neighborhood Cafe at PARISH