Save the Date for Better Half, Bantam + Biddy, More

Share All sharing options for: Save the Date for Better Half, Bantam + Biddy, More

These local restaurants will open their doors soon. Know of something coming to a location near you? Hit the tipline. 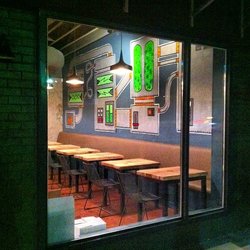 2) Midtown: The second location of Bantam + Biddy is all set to open on Crescent Avenue on January 5. The fast-casual chicken joint's original spot is in Midtown's Ansley Mall, its sister restaurant Chick-a-Biddy is in Atlantic Station, and chefs Shaun Doty and Lance Gummere have announced a third B+B outpost coming to Alpharetta's Avalon next Fall. This location will be open for breakfast, lunch, and dinner and will have an espresso bar. 1050 Crescent Avenue.

The Owners of Brush Sushi Are Planning a Dunwoody Omakase Restaurant