Below, a Whale tale from an anonymous Atlanta chef from his time working at an anonymous restaurant in Florida. Got a good story? Here's the tipline. 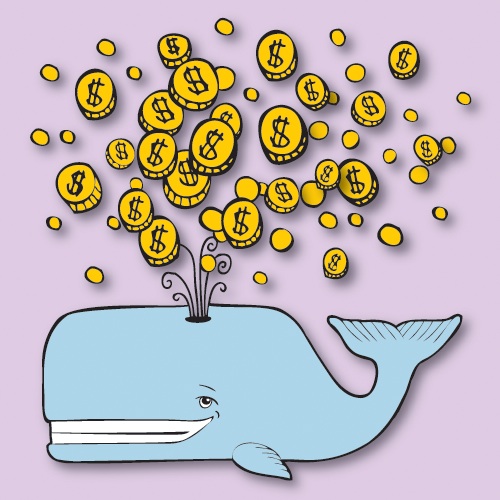 I got a phone call from a guy who wanted to have his birthday party at the restaurant— it was the new, hot restaurant at the time— and he was one of Donald Trump's business partners, that was the whole shtick. He wanted 100 people in the restaurant and he wanted us to blow it out. The thing that stood out the most is that he wanted these things called super colossal stone crab claws. They weigh about a pound and a half each— one claw. It's totally ridiculous, they're bigger than your hand. This guy said he wanted to have a bunch of them for everybody, more than one per person. We ended up getting 300 of these things, and at the time they were $50 a pound.

We called a guy to order them, and he said that they weren't easy to get, it was a pretty big deal, but that he'd get them for us. So he shows up, gets out of the truck, and he's got guns on him. Literally, holsters, the whole strap thing, everything. He's just standing there, and we asked him what the deal was. Well, apparently, if you order these big loads down in the Keys, sometimes you basically get pirate hijacked. People will get out, steal the stone crabs, and run with them. So this was twenty thousand dollars of stone crab claws that had to be brought to us by a person with guns on for this party for 100 people, and they only ate about half of them. They still paid for the whole thing, but it was just ridiculous.