Share All sharing options for: 8 Epic Atlanta Beer Festivals to Visit in 2013

In case you didn't get the memo, Atlanta is quickly becoming the South's top metropolis for indulging in top-notch ales and lagers. The city has been a legitimate beer drinker's paradise ever since lawmakers decided to loosen up on the restrictions. Now, we can sip on beers over 6 percent alcohol by volume, buy growlers (glass 32-and-64-ounce behemoths containing freshly poured beer straight from retailers), and purchase alcohol via retail outlets on Sundays— but with stores like Hop City, Tower, Green's, and Ale Yeah! selling beer varieties by the hundreds, how will you know what to try? Easy! Get a bunch of friends, head to a local beer festival to sample various brews, and start on the road to becoming an aficionado. With the weather making a change for the better, there are some prime day drinking opportunities ahead, so mark your calendar and remember to drink responsibly.
—Ale Sharpton aka Dennis Malcolm Byron

Beer, Bourbon, and BBQ Festival
Saturday, March 2, 2 p.m. to 6 p.m.; website.
Atlantic Station just hosted the Winter Beer Carnival, and the shopping destination continues to show respect to brews with the upcoming Beer, Bourbon, and BBQ Festival. This fest is actually a tour that hits big cities throughout the eastern U.S., and it proudly serves everything in its name: Have a blast pairing more than 60 craft beers and 40 bourbons with some serious BBQ at this standout festival, plus enjoy live music all day.

Inaugural Taste and Brews Festival
Saturday, March 2, 1 p.m. to 6 p.m; website.
It's always fun to be a part of something that's the first of its kind, so make sure you eat and drink your way into history during the Inaugural Taste and Brews Fest. Based on food trucks' popularity in this city, the festival smartly teams their diverse fare on four wheels with hundreds of variations of beer and wine on the grounds of the Atlanta Food Truck Park on Howell Mill Road. DJ Suspense is spinnin' too! Be sure to keep the souvenir glass— you'll want proof you were there. 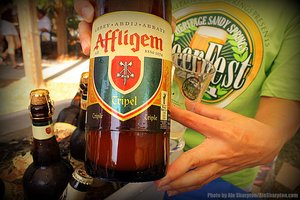 Heritage Sandy Springs Beer Festival
Saturday, April 27, 2 p.m. to 6 p.m.; website.
This is what a brew festival is all about: hanging out tasting 70-plus beers, eating delectable local grub, and listening to music on the lawn during Atlanta's gorgeous late-April weather. This chilled-out fest's third annual event takes place at Heritage Green on the Sandy Springs Society Entertainment Lawn, and since all the proceeds will go to the Heritage Sandy Springs non-profit organization that funds the four-acre park, you'll be drinking with a conscious as well. [Photo: Ale Sharpton] 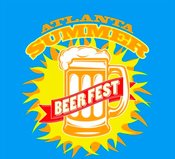 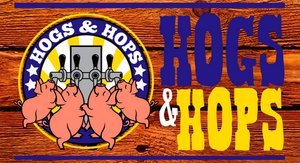 Hogs and Hops at SweetWater
Saturday, May 11, 6 p.m. to 10 p.m.; website.
Pretty much anything held in SweetWater's jaw-dropping Willy Wonka-esque facilities is pretty awesome, so when you combine their award-winning beers with some finger-lickin' local BBQ, skeeball, and jammin' music, you can't lose. Since Hogs and Hops is one of the few events held indoors and outdoors during the evening, it's pretty special.

East Atlanta Beer Fest
Saturday, May 18, 1 p.m. to 6 p.m.; website.
This beer fest in its 10th year is held at East Atlanta's Brownwood Park just down the street from one of the top burgeoning sections in the city. The 150-plus beer menu is pretty damn impressive; add grub, live music, and the prospect for making it an all-nighter (thanks to the numerous nightclubs, eateries, and bars nearby), and this fest becomes one you can't miss. 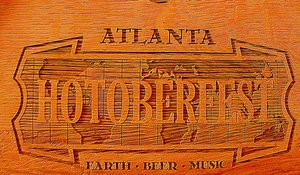 HOToberFest
Date TBA; website.
The trio of Alan Raines, Tryon Rosser, and Denise Rosser rounded up 300 brews— arguably the most beers an Atlanta festival has ever seen— for what they call HOToberFest. To satisfy even the most discerning palates of demanding beer geeks, the founders go around the country and give the nation's top microbreweries custom whiskey barrels so they can age their prized beer and have it shipped back in time for the festival! Live music, great food, an astounding 300-plus brews, and outdoor fun in early October make this one definitely world-class. [Photo: Ale Sharpton] 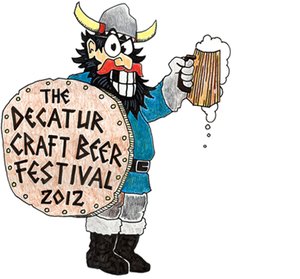 Decatur Beer Festival
Date TBA; website.
If there is a beer festival held in Decatur Square, it better be good! This historic location hosts a chain of local pubs and bars that boast some of the best craft beer money can buy, including Brick Store, Square Pub, Leon's Full Service, and nearby Twain's. With a ridiculous round-up of breweries from around the world, awesome surrounding restaurants just steps away, and a MARTA station located directly underneath the organized drinking chaos, this is one of the best and most convenient fests in the city. All 4,000 tickets sell out quickly so be by your computer as soon as they are available! The official date hasn't been announced yet, but it's usually set for late October.