Welcome to the weekly Plywood Report. Know of something opening in your 'hood? Drop us a line. 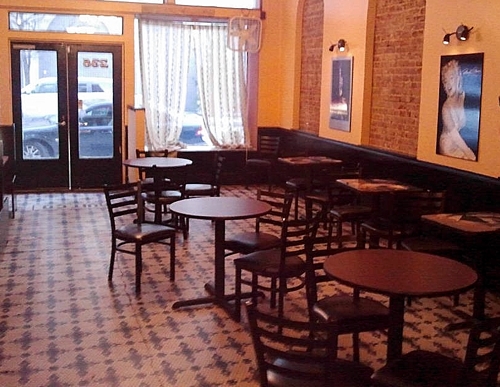 3) Buford: Florida-based fast-casual concept Burger 21 has listed Georgia with Florida, North Carolina, Texas, and D.C. among its priority markets for the second quarter of 2013. The Mall of Georgia location is scheduled to open later this year. [PLYWOOD]

4) Lilburn: The folks at Sprig are opening a new location in June and looking for you to suggest a different name for it here. [PLYWOOD]

5) Midtown: Outdoor lunch series Pop Up Chef returns to the Plaza at 999 Peachtree on April 4. In its third year, the event featuring midday offerings from local chefs will set up on Thursdays from April 4 to October 31 (excluding July 4) between 11 and 2 p.m. On the roster so far, chefs from: Escorpion, Serpas, 4th & Swift, Empire State South, Cakes & Ale, Watershed, and Rosebud. [PLYWOOD]

6) Switcheroos: Tartufo (along with its recipes) has been sold to Ray's New York Pizza. In other restaurant switches, Sugo Roswell has been sold to Dominick's Italian Restaurant, coming soon. [PRE-PLYWOOD]
· All Plywood Report Coverage [-EATL-]