Share All sharing options for: Six Burger Week Specials Created Just for You

It would just be cruel if Burger Week only existed on Internet, which is why we've taken it upon ourselves to ask six pretty stellar Atlanta spots to create special burgers that'll be available for the next five days. These dishes were created just for you, the readers of Eater, so take a long lunch break or head over after work to track them down— and when you do, don't forget to tweet pictures to @EaterAtlanta using the hashtag #atlburgerweek— you'll be eligible to win a burger and beer dinner for six from Bocado. 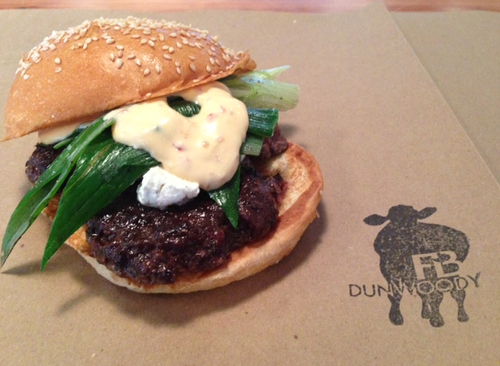 1) Farm Burger: Options can be overwhelming, so we've made things easy for you: Get the Eater Burger Week special with local grassfed beef, pickled wild ramps, Decimal Place goat cheese, and chili mayo. Vegetarian? Try the same toppings on a quinoa patty. The burger is available starting Tuesday at all area Farm Burgers. 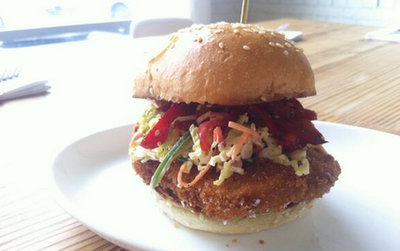 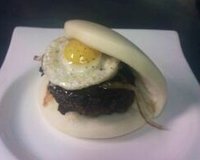 3) Miso Izakaya: Miso's hamburg bun hit the scene in 2011 but was soon after taken off the menu. It's making a comeback for Eater's 2013 Burger Week and will be featured on Monday and Tuesday only. The steam bun has a pork belly and beef hamburg patty topped with caramelized onions, suno mono pickles, and a fried quail egg. 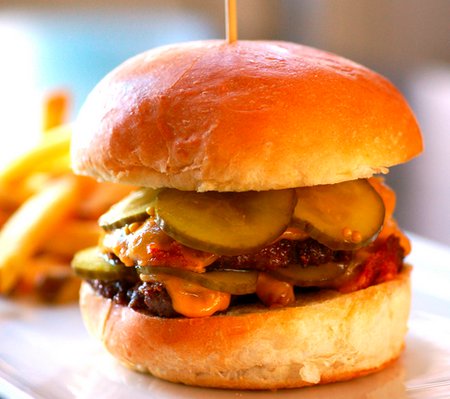 4) Proof & Provision: With the one-two punch combo of chef Zeb Stevenson and bartender Nate Shuman, the menu at Proof & Provision wasn't really lacking anything, but they've added a double cheeseburger this week anyway. The chuck and brisket patty comes with American cheese, housemade pickles, and sweet onions. Order it in the bar starting tomorrow.

5) Chai Pani: This week's lamb burger special at Chai Pani is made from ground lamb seasoned with ginger, garlic, mint, ground pistachios, and house-roasted spices. It's served on a toasted bun alongside chutneys. Vegetarian? Try their always on-menu vada pav, a spicy potato dumpling fried in curried chickpea batter, also served on a toasted bun with the chutneys. Do note that the restaurant is closed on Mondays. 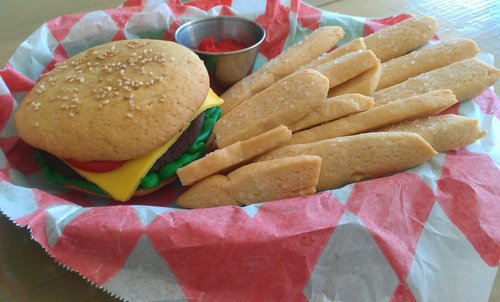 7) Bonus! Taqueria del Sol's cheeseburger taco is back on the menu this week. This rotating special has a mixture of ground beef, spices, and jalapenos along with cheese dip, lime jalapeno mayonnaise, lettuce, and tomato served in a flour tortilla.
· All Burger Week Coverage [-EATL-]