As Burger Week continues, correspondent Alison Joe gives us a first-person account of her inaugural trip to Ann's Snack Bar, home of a lot of rules and one Ghetto Burger. After a shaky start, Joe finally gets her hands on a burger— and learns about how its recipe came to be. 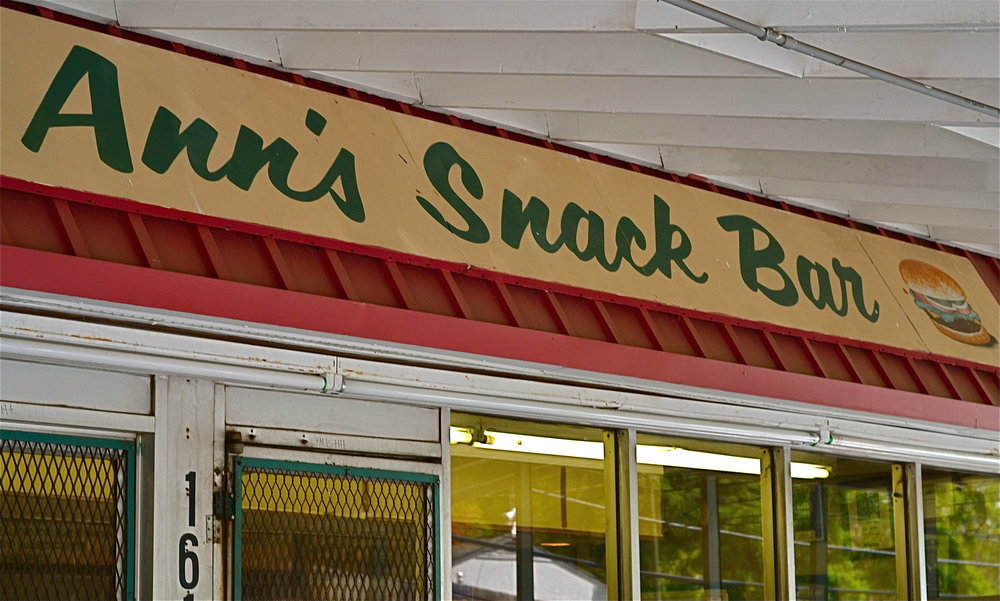 I will divulge two important details regarding my journey to Ann's Snack Bar last Friday afternoon: One, although it may be embarrassing due to my fanatic love for burgers, I knew nothing of the place, had never even heard of it until a few months ago. Two, I censored my research in every form and fashion, refusing to give in to my desire to read the numerous write-ups and raving reviews that decorated the snack bar's walls.

Ann's is home to what the Wall Street Journal named the "Best Burger in America." That's a pretty big deal, so as I walked in the door, I naturally had some feelings of doubt, assuming my high expectations would, perhaps, lead to disappointment. On top of that, there was a shady feeling of intimidation within me. It was close to silent amongst the five people outside: whispers and questionable looks dominated the surrounding air, a little boy was telling everyone to get off their cell phones. I started to feel a little insecure— I was an outsider, a newbie, and not right in my own skin.

I wanted to leave. 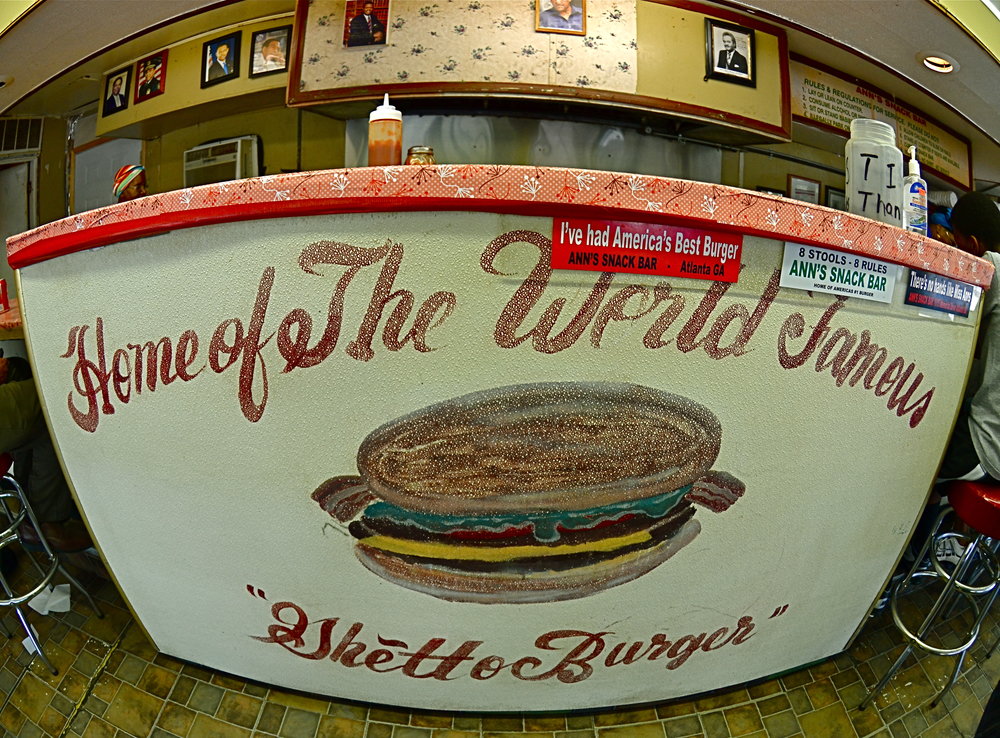 Despite the presence of a few empty barstools inside, we were all just looking around and waiting. I was confused, and while my stomach pointed me to the entrance, there were some social cues that led me to believe I should stay put. But hunger got the best of me. I felt everyone looking at me as I tentatively walked in the front door.

I wasn't even all the way inside when someone, who I thought was Ms. Ann, looked up over her glasses at me. "You gotta wait outside," she said.

And back out the door I went.

Thirty minutes later, I decided to try again. I sat down. Second time was a charm, I guess. There are eight bar stools and eight rules that one must abide by in order to experience the love that comes from Ann's Snack Bar. They were posted explicitly for all to see and have probably gone unchanged since the seventies. My favorites included "no sitting or standing babies on the counter," "no laying or leaning on the counter," and "no cursing in the snack bar." 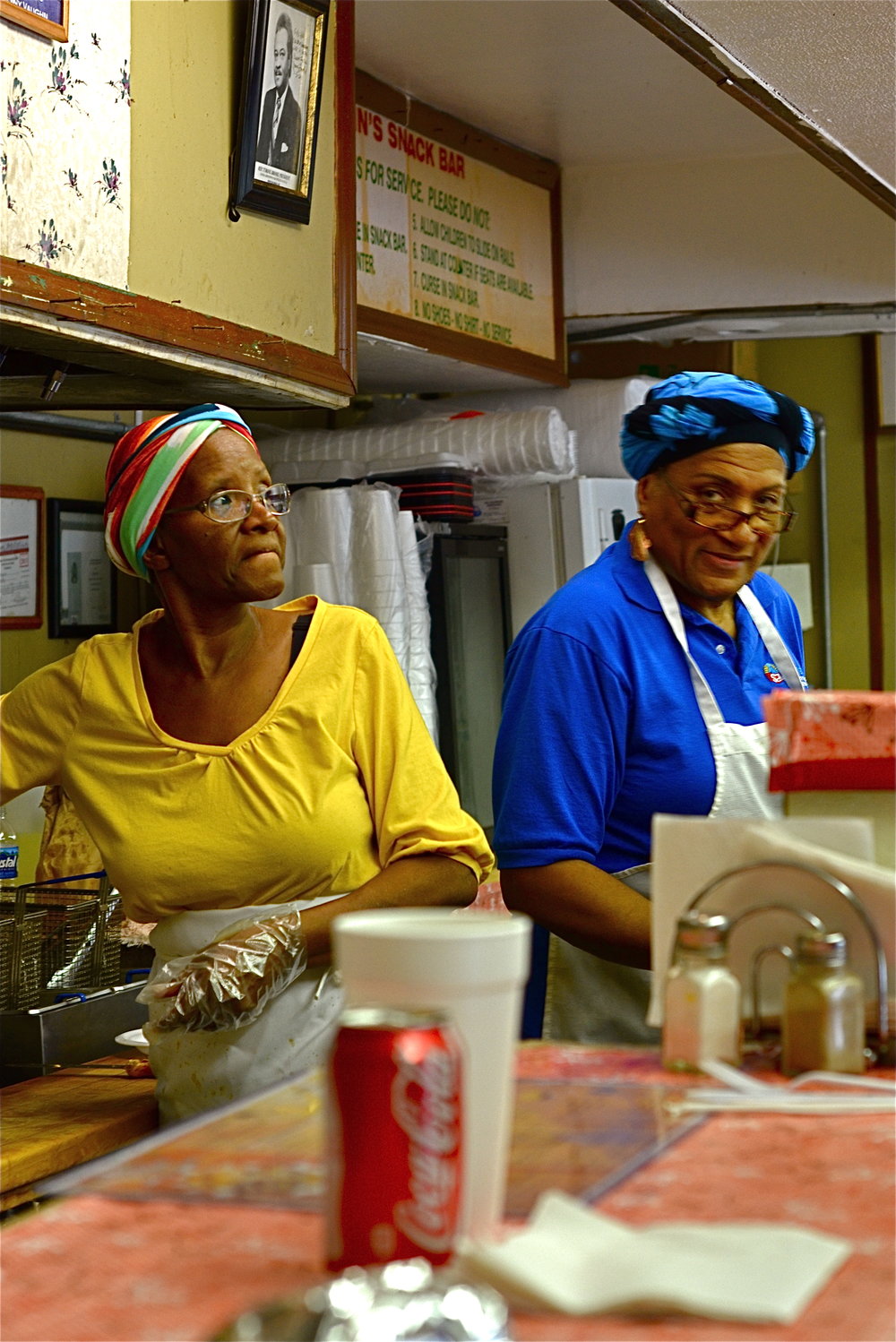 I loved it. Tell it how it is, Ms. Ann! These rules respectively meant to me: One, don't be rude and gross, people eat on that counter; two, don't be lazy— sit up straight and pull your pants up when I'm talkin' to you; and three, would you talk to your mama like that? All of a sudden, I was comfortable and back at home in my Southern skin.

I didn't read the article from the Wall Street Journal or any of the plethora of reviews I could have, so I needed to know how and why the burger here received the title of best in America. Unfortunately, Ms. Ann was sick at home last Friday, but the slighter of the two older women cooking and cleaning behind the counter began telling me a story as I chomped down on my wimpy cheeseburger. Her name was Adele, and she later disclosed that she was Ann's cousin. She told me that when Checkers opened its drive-thru in 1988 on the corner of Memorial and Maynard, the business was threatened with competition, and Ann had to do something to stay afloat. 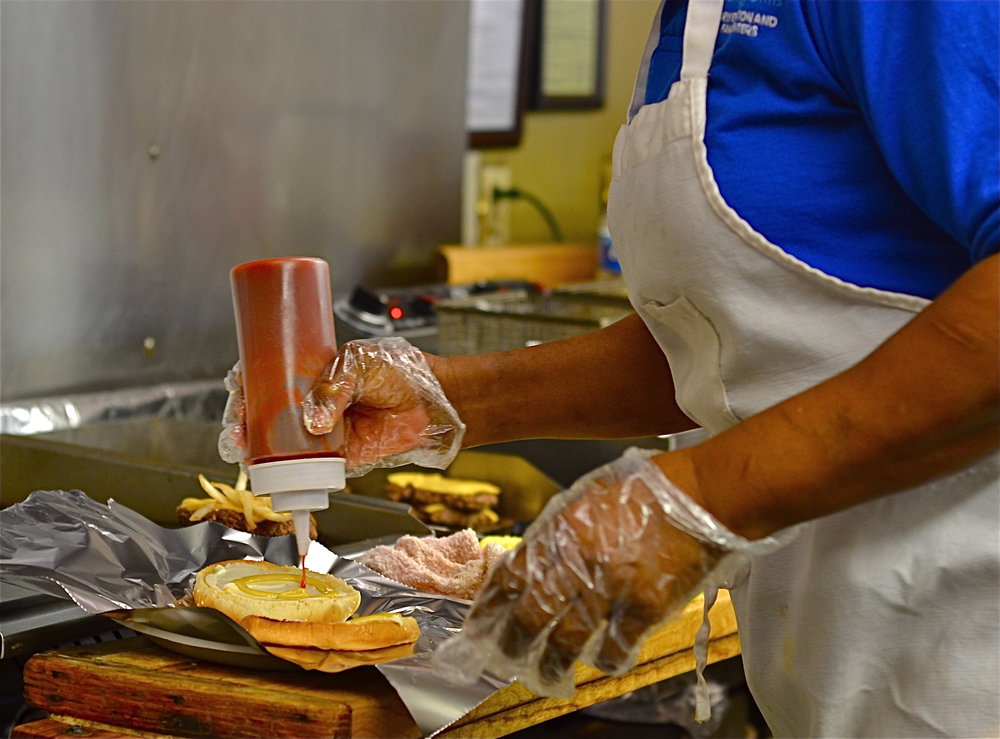 Since opening in 1974, the snack bar's menu primarily offered hot dogs and chili dogs, so to compete with Checkers, Ann simply walked herself down to the nearest grocery store and bought some 80/20 ground chuck beef. She pattied up the meat with nothing other than the simplicity of salt and pepper and some seasoning, and it was game on. Survival of the fittest, if you will. That's when the burgers began making a name for Ann. They were the real deal, and, apparently, the best in America, even twenty years later. The neighborhood people didn't stray, and before long, the Checker's employees were, as Adele put it, "standing in line with the rest of 'em."

"So why is it called The Ghetto Burger?" I asked.

"'Cause we in the ghetto," she said, cracking up a bit. I laughed.

Adele then fixed me the Ghetto Burger. To be honest, it was a game changer, a deal breaker, an ultimatum— whatever you call it when your life changes in an instant. 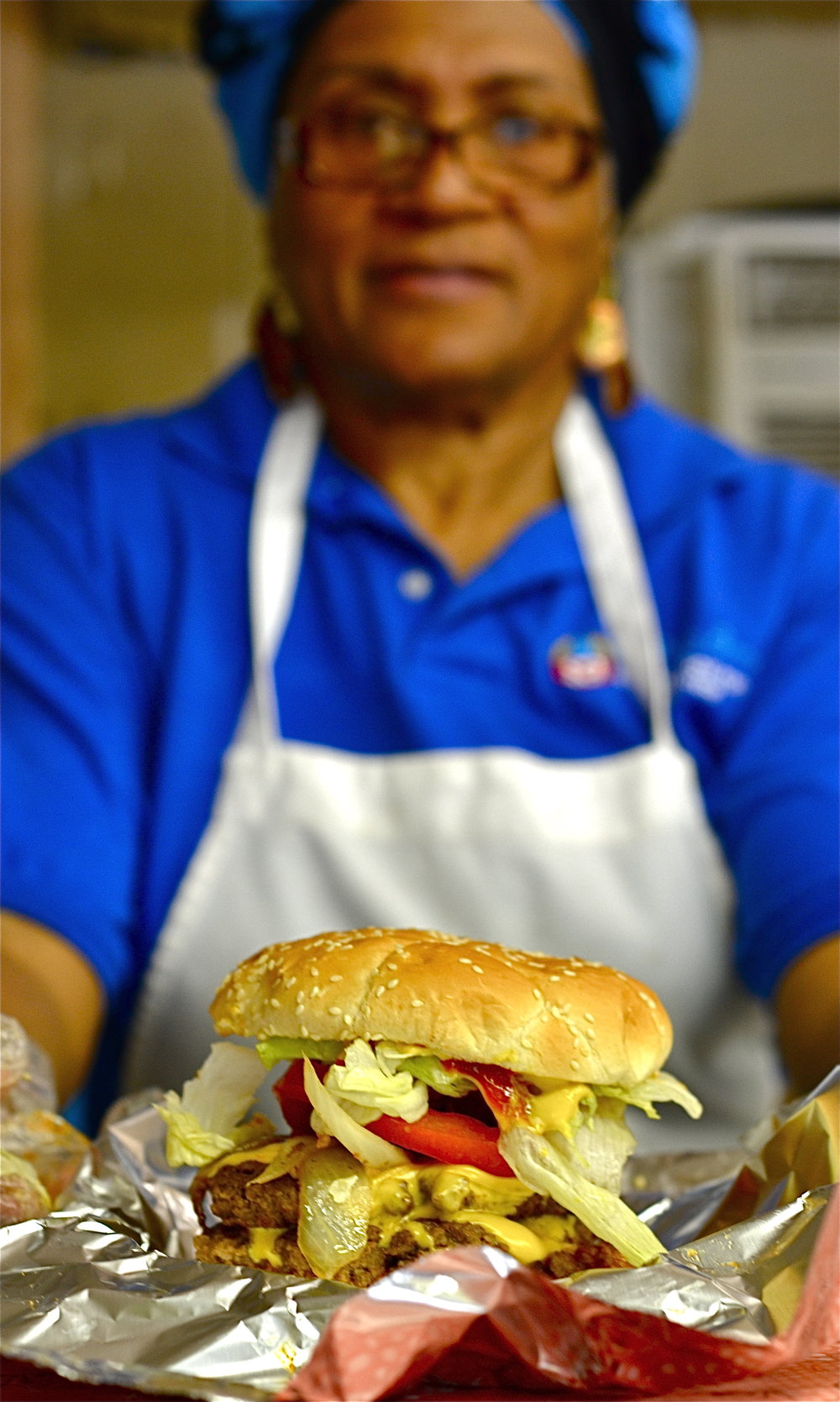 Adele never really told me how their burger became the best in America, but I guess I can go read the hot shot Wall Street Journal article now if I want. Instead, her response to my question was a history, a sort of story. After sitting in the restaurant for a couple hours watching people come and go, following the consistent, simple pace of burger-making, and taking note of Ann's eight rules and regulations, it became apparent why Ann's has become not just a landmark in Atlanta, but also a staple in the American way of life.
—Alison Joe
· All Ann's Snack Bar Coverage [-EATL-]
· All Burger Week Coverage [-EATL-]
All photos courtesy Alison Joe.