Share All sharing options for: Co-Founder James Martin on the Burger Coalition

Here, James Martin, co-founder of the Burger Coalition talks of how the iconic American hamburger engages diners in an inclusive experience of intentional community building.

How did the idea of The Burger Coalition come to fruition?
Dan Gavin and I were both designers who met up in Birmingham one Sunday. He talked about wanting to have a burger club with friends, and I wanted to do the same thing in Atlanta since I was fairly new to the city. By Tuesday, it went from meeting with friends to interacting with people we might not know within the community— stepping out of our comfort zone over a burger. By Thursday, the site landed. On Sunday, Southern Living Online mentioned us. We were ecstatic about having a way to explore our own cities and providing a platform to share new ideas. It was a fast evolution. Combining food and design doesn't feel like work, and Dan and I really collaborate well together. 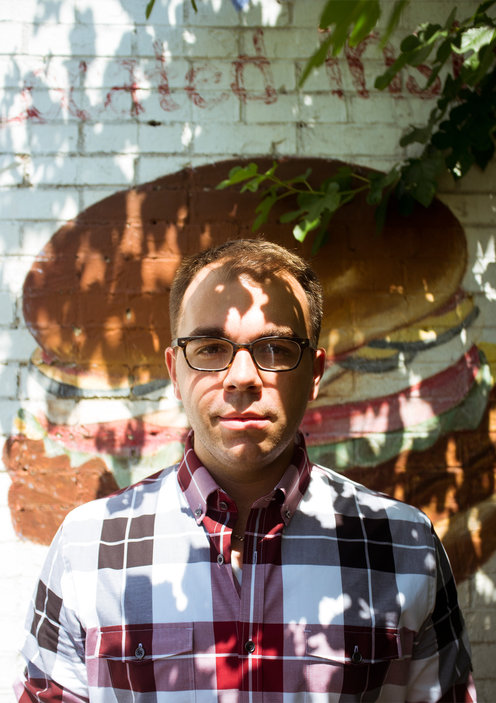 How does The Burger Coalition work?
At 4:04 P.M. [Atlanta's major area code] on the first of the month, the RSVP list opens online— it's 2:02 in Birmingham. The first five people to sign up garner a spot at the table of a yet-to-be-announced local burger spot. Time, date, and place will then be emailed to those who were first to respond. The night of, we may begin discussing the elements of a perfect burger, but from there, the conversation usually takes off. We provide the platform for people to talk of their own neighborhoods and to share new ideas.

Why has this centered on a burger?
Both Dan and I grew up on grill burgers— those tasty, backyard, handheld, simple things that remind us of family and of being relaxed. It's why we gravitated to them. Fine dining is great but much more proper. It makes you sit up a little straighter. Burgers are casual and can be there to accompany the impending conversation.

What is your dream burger?
When I think of the perfect burger, I think of my stepdad Greg's version. It was just ground beef and American cheese on the Weber grill in the backyard, but it was somehow perfect. Add onions and tomato— that's it. If I could replicate it, I would.

What has been your favorite burger so far?
The Burger Coalition is not about finding the best burger, but when we had our first meet-up at Bocado, I loved it. The burger was just so different and so good. It is not one you mess with. It is perfect just how it is served. Also, Chef Tyler [Williams] of Abattoir (now at Woodfire Grill) created a custom burger for us. It was cooked perfectly and was the first time I had ever experienced an egg on a burger.

What does the future hold for The Burger Coalition?
We will continue with our monthly gatherings, and we are toying with expansion to other cities. We know some great people in other cities around the South that would be perfect hosts for a Burger Coalition in their town. We'll also continue our six-month anniversary dinners [which gather all the coalition members from the last half a year] to further foster dialogue.

This month, on Wednesday, April 24, we celebrate our one year anniversary at the General Muir. Reservations are still available here.

What would a dream Burger Coalition table look like?
The ideal group would be comprised of people with five different backgrounds and ethnicities, perhaps from five different neighborhoods. We would let the burger speak for itself to unite people and start the conversation.

When you look back on the first year, what would you say has emanated from The Burger Coalition?
It has changed my perspective of southern hospitality, and I think several people would say the same. It has led to other things, created friendships we wouldn't otherwise have, and opened up a community we wouldn't be exposed to. A meet up of strangers over the same burger has fostered a dialogue and formed authentic connections.
— Angela Hansberger
· All Burger Coalition Coverage [-EATL-]
· All Burger Week Coverage