UPDATE: Fire Breaks Out at Corner Tavern, No Injuries but 'Heavily Damaged' Restaurant

Share All sharing options for: UPDATE: Fire Breaks Out at Corner Tavern, No Injuries but 'Heavily Damaged' Restaurant

Corner Tavern in Little Five Points is "heavily damaged" following a fire inside its building this afternoon. Nobody was injured, but despite trying, firefighters were unable to save a cat. Nearby bookstore Charis posts, "We are safe but our friends at the Corner Tavern experienced a major fire. Thanks to AFD, it was contained and not nearly as bad as it could have been." Early reports say that the fire was caused by an air conditioning unit. Check back for updates.
UPDATE: Here are some pictures of the restaurant's interior after the fire. 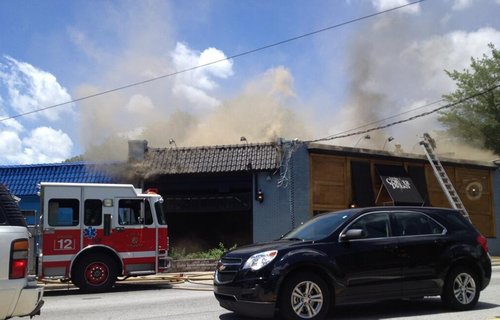 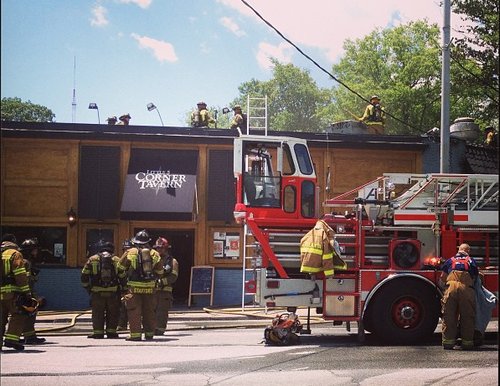