Share All sharing options for: Behold the Menu of Atlantic Station's Chick-a-Biddy

Below, check out the menu of forthcoming restaurant Chick-a-Biddy. It's set to open on July 1 in Atlantic Station, replacing the space that once held the Grape, then the Cafe at Pharr/Yumbii and Hudson North pop-ups at the intersection of 19th and Market streets. Executive chef Scott Weaver will helm the kitchen of the restaurant, which offers "farm-fresh chicken and sides" for lunch, dinner, and weekend brunch. Chick-a-Biddy is the sister restaurant to Lance Gummere and Shaun Doty's other fast-casual chicken joint, Bantam + Biddy, which opened in Ansley Mall last October. Both spots have an emphasis on local and organic poultry and produce. 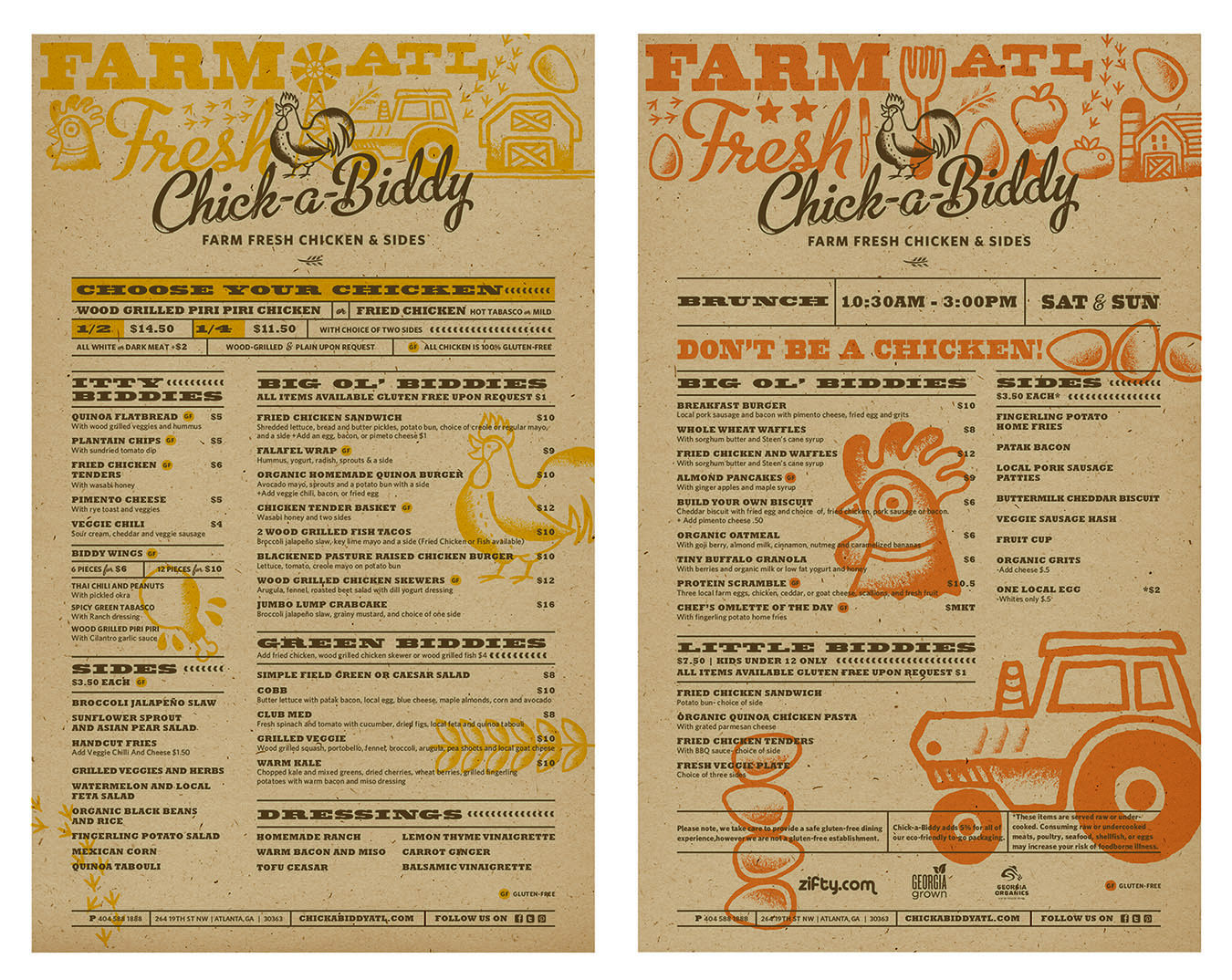