Share All sharing options for: A Look at the First-Ever Waffle House, Now the World's Only Waffle House Museum

As a Greasy Spoons Week special, Eater takes a look at the Waffle House Museum, which stands in Avondale Estates in the place of the very first Waffle House location. There's more on Waffle House here.

The simple shoebox-sized brick building on East College Avenue in Avondale Estates just east of downtown Decatur may not look like anything special, but don't be fooled. This is in fact the birthplace of one of Atlanta's greatest contributions to the American landscape: the site of the original Waffle House. In spite of the cultural phenomenon it spawned in the years after its 1955 opening, the first location was eventually shuttered, used later as a Chinese restaurant and, after that, a tire store. Repurchased by Waffle House and repurposed yet again, the building opened in 2008 as a museum paying homage to all things Waffle House.

Used from time to time for corporate events, Waffle House employees also lead tours here by appointment, sharing facts and history with visitors (Did you know Waffle House was once licensed to sell Chick-fil-A sandwiches in their restaurants?) First stop is the original restaurant, strikingly similar in layout to every other Waffle House. Next door is a separate building packed with memorabilia: past uniforms, dishware through the decades, and old but largely unchanged menus. The only downside is the food on the grill and the coffee in the cups— it's plastic. The good news: a fully functional Waffle House is just a couple city blocks down the street.

Here, a before & after look at the first Waffle House and the Chinese restaurant, Hunan Express, that followed it: 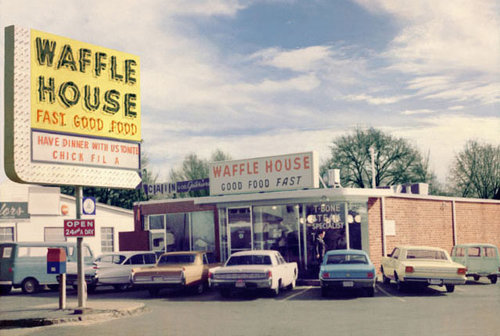 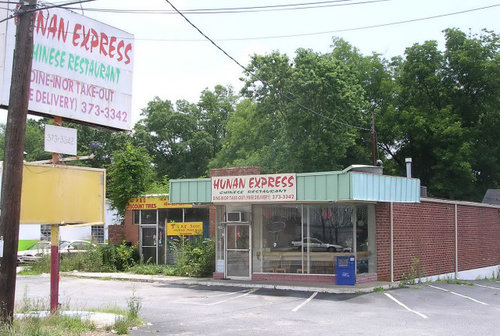