Welcome to The OenoFiles, where we chat with the smartest sippers of wine in the ATL. This month, we talk with Steven Grubbs, wine director of Empire State South and Five & Ten. 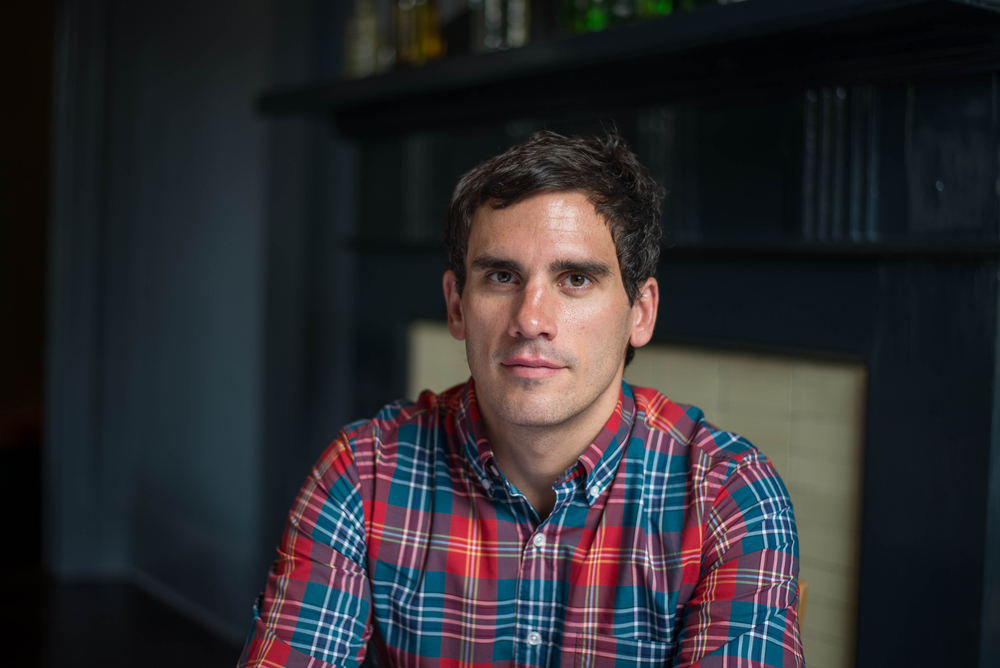 Steven Grubbs is the sommelier next door. He got his start in food and wine as a UGA student busing tables at Hugh Acheson's then newly opened Five & Ten. Today he directs the wine programs at both Five & Ten and Empire State South and has garnered accolades from Food & Wine as one of the top seven sommeliers in the country (2011) and Wine Enthusiast, who just named ESS in their list of the 100 best wine restaurants in America. Why, then, is he the somm next door? He's one of the friendliest pros in the industry— in an industry based on hospitality. His lists are approachable and chock full of descriptors to help you pick something you know you'll like or you know you want to try. These days, that might just be Riesling, as Grubbs and Acheson partner with New York's Paul Greico to bring Atlanta the "Summer of Riesling" (they aren't all sweet, folks). Now, some tips and tricks Steven's learned about wine while making the ATL-Athens circuit.

How long have you been directing Empire State South's wine program?
I'm a partner, so I've been in it since the beginning, August of 2010. And I've been the wine director at Five & Ten since 2009.

Where do you begin when pairing wine with food?
It sort of depends. It can go either direction, it can start with the wine or start with the food. More often than not it starts with the food because of the chef's tasting menu. [Executive Chef] Ryan [Smith] will write a different menu for the night, having the food drive the palate. Sometimes there's a compromise, if the order isn't conducive to the wines paired sometimes we'll switch things around. The most fun is a wine dinner, when I've got specific wines I need to use and we can sit around and get creative. That's fun, to bounce ideas around.

Are there any ingredients that pose a particular challenge?
Tomatoes are the classic one. I find that they're pretty easy to deal with if you stick to a limited range of wines from places that use tomatoes (Spain, Italy). The hardest thing for me is that Ryan has a tendency to put high-acid ingredients or pickled things on the plate; basically, components that are sort of taking the place of wine in the dish. It's tough to wrangle with those because you've got to find a sort of new spot to put the wine. It's interesting the way that chefs think these days as opposed to old French cuisine where there wasn't an assertive acid ingredient; there'd be some wine in the dish somewhere, but it wouldn't be like a complete plate where you had all your acid and salt together (like today). Now, where the wine would normally be your acid, you've already got something going on there already. That can be kind of tricky because Ryan likes to use some assertive things in that department.

What's your favorite bottle on the list right now?
That's tough. They're all kind of my favorites. For a red, probably Alain Graillot Crozes-Hermitage 2010 ($68). He's a real favorite of mine; everything he makes is killer. One of my favorite whites is a Rioja, Lopez de Heredia Rioja Blanco, Viña Gravonia 2003 ($65). It's fun, delicious, from a landmark producer in Spain, one of the oldest still-running wineries in Spain.

Can you name the most strange/funny wine question you've ever received from a diner?
The usual kind of language struggles. You often have to try and triangulate what someone means by the words they use. Sometimes it's kind of funny what people get attached to—I don't have any New Zealand Sauvignon Blanc on my list, and sometimes you have people and that's all they drink, and that kind of blows my mind sometimes.

Do you have favorite oenophile customers?
Oh yeah. There's a few. There's one in particular—she's maybe the most astute wine person, as far as somebody who's not in the business. She studies it like it's her job and has a really great collection; she and her husband are great diners, the best customers you could have—they take care of the staff and are huge fans. [We also have customers who are] friends with lots of different winemakers—when winemakers are in town, their house ends up being home base.

Have you noticed a recent trend in diners' wine selections, whether it's a certain varietal, price point, or producer?
Yeah, it's kind of interesting. When we opened in 2010, I was really specific, doing almost all Old World, and it was challenging at first because Atlanta hadn't done a lot of that at that point. Atlanta was still geared towards International/modern style fuller-bodied wines. It's funny because over the last three years I've softened on my stance a little bit, incorporating a little more New World wines into to the list; at the same time, I've found that diners understand more about the Old World. You can throw Burgundy names at them and they'll now know what you're talking about. So as they've gone one direction, I've started to soften up on where I was coming from. It's cool that people are trying more interesting stuff and they seem to be game for more higher end stuff by the glass, $15-$17 for stuff that's really good and unusual, too.

Have you had any VIP or celebrities come in and request pairings?
For pairings, no, but we've gotten our share of celebrities over the last three years. One fun one was Mike D from the Beastie Boys—he's really into wine. He came in during the first two months we were open, "Table 26 wants to talk about Burgundy." And I was like, sweet, since that's a pet favorite of mine. Then I was like, that guy looks familiar, he looks just like Mike D. It was fun because I got to talk Burgundy with him, and he's super into Burgundy, so I got to open a couple of cool things for him and chat about it.

Do you remember the most expensive bottle you've ever sold?
For a while we had a 2001 Domaine de la Romanée-Conti (one of the more sought after wines in the world) on the list at Five & Ten for a whopping steal at $550. We put it on for a crazy-low price and nobody bought it for a long time, and finally we sold it all [four bottles over nine years]. That's probably the most [expensive] I've sold from a list. I've got a really good customer in Athens who has me bring in high-end stuff for him, and I've sold him bottles at the restaurant that were first-growth Bordeaux that were pushing $700. I've also got some stuff at Empire that's waiting in the wings that I'm getting ready to sell (there's no sense in selling it until it's ready.) That's going to be $750 on the list, so much more expensive than anything else. We'll see what happens. It'll probably just sit there.

Where do you think wine trends are heading next?
I think that we're seeing some really early inklings of certain parts of the New World that we missed for a long time. We're seeing more restrained, interesting wines coming out of places like South Africa and Australia, places that had been relegated to making blown out, rich, over-the-top high-alcohol wines. We're finding pockets of restraint. We're seeing a similar thing that's been going on for a few years in California, too. From what I understand, the Australians have the same negative stereotypes of California as we have of Australia [jammy wines]. But actually, both places are doing the same kind of things—there are some producers who are into classic, French emulation—we just haven't seen those Australian wines make it into the U.S. yet. We'll see in the next few years what kind of varied textures we see from both those places.

How do you recommend that a beginner start learning wine?
Read a lot and drink a lot, two things that don't really go together since you may have to read everything again. It's a lot of repetition—trying something, reading about it while you try it, then coming back and trying something else from the same place, and then reading about it again. I think it's more interesting to start with a place rather than a variety, to connect with the cultures and histories, aesthetically connect to it and understand it on a level that's not just basic terms. That's why I think it's better to start with places, learn about them and why the wines are the way they are, not just in a technical sense (climate, soil), that's important, too, but also culturally—it has to do with a natural, ancient culture. I think that's all super-interesting, and it helps me remember stuff about wine, in a way.

How about collecting?
A good way to start is to buy at least three of whatever it is you're going to buy. If you buy three of something, then the night that you've already opened other wines, and fall into the temptation to open something you should wait on, then you can open one and have two to sit on for some time. It's no good to just have one more, because you'll never drink that one. Buy a minimum of three of anything you plan on saving. And then it's good to buy not just what you're into at the moment, because your tastes are probably going to change. It's a good idea to buy classics, things that stand the test of time, the kinds of wines they've been making for hundreds and hundreds of years and will always be awesome.

Do you have a fave budget-friendly bottle?
I love white wines from the southwest of France, from Gascony— Colombard, Sauvignon Blanc, blends of Ugni Blanc. They're beautiful, fresh, often kind of salty, almost beachy white wine, always so inexpensive. Mont Gravet is 100% Colombard and it's less than $10.

What's your favorite beverage when you're not sampling wines?
I love margaritas. But I also love Negronis.

What's your number one wine-rule to live by?
Don't drink hot red wine.