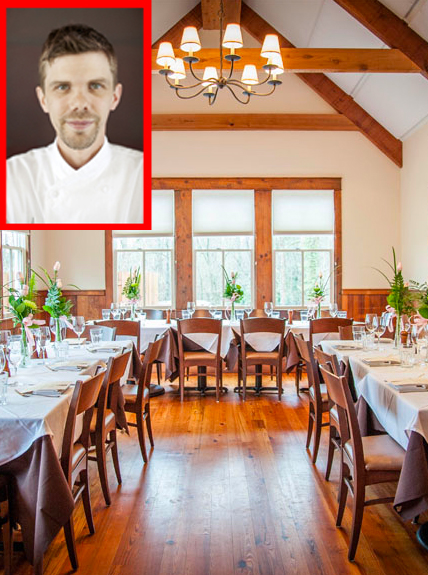 Woolery "Woody" Back, most recently the executive sous chef at Restaurant Eugene, will start as Table & Main's chef de cuisine next month. The restaurant's owner/operator Ryan Pernice and co-owner/executive chef Ted Lahey, are opening Osteria Mattone later this fall, and they've hired Back to lead the kitchen at Table & Main as Lahey moves forward with plans for the forthcoming Italian restaurant. Both Osteria Mattone and Table & Main are located on Canton Street in historic downtown Roswell.

Back also lives in Roswell, and Pernice says that he's excited to have found someone who's invested in the town and its community: "He embodies the same community-based ideals and drives as us." The chef will start in early September and will take over in mid-October; he hopes to bring more of an organic farmer-driven focus to the restaurant, which serves "simple, seasonal, and Southern cuisine" and is celebrating its second anniversary tonight.
· Table & Main [Official Site]
· All Table & Main Coverage [-EATL-]
· Table & Main's Ryan Pernice Talks OTP vs ITP, Osteria Mattone, More [-EATL-]
[Table & Main/Restaurant Eugene]