Take a look back at the last 12 months.

Share All sharing options for: The Year in Eater: Atlanta's Top Posts of 2014

As 2014 comes to a close, take a look back at some of the best posts of the year. There were openings galore, plus some famous food people swinging through town and helpful guides to Atlanta eating. Did you have a favorite dining moment this year? Send a note through the tipline and let us know.

Snow Day: These Places in Atlanta Are Open Today 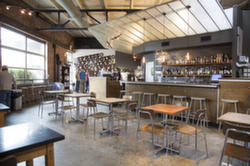 Do you remember the icy road catastrophe of January 2014? It shut down the city, but it was heartening to see many restaurants and others in the community step up to help those in need. These establishments stayed open— and some offered deals— and then did it again the following month when a second round of ice hit.

Scope the Menu and Look Around St. Cecilia, NOW OPEN in Buckhead 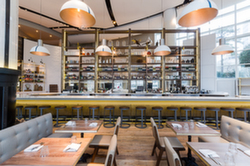 Ford Fry's highly anticipated St. Cecilia opened in January, replacing Bluepointe across from a certain swanky Buckhead mall. The stunner offers Northern Italian and Mediterranean seafood and pastas along with a surprise hit of a cocktail menu. If you haven't been in yet, take a look around now. 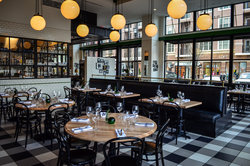 Atlanta's got a whole lotta love for its— admittedly fantastic— restaurant scene, and when GQ gave not one but three new area restaurants accolades as part of its 25 Best New Restaurants in America, we as a city were pretty damn pleased. The trio consisted of The General Muir, King + Duke, and Gunshow. Ready for a break from ATL? This map of the best places to eat in Athens, GA, is here for you. 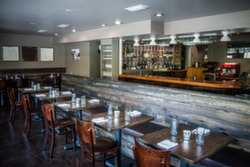 This city has everything: burgers, barbecue, steak, fried chicken, banh mi and pho — and standout options for vegetarians, too. Don't believe it? Get the scoop on bibimbap, no-meat reubens, and more. Vegetables not your thing? Here's a baker's dozen of the best cheese dips in town.

This Is Where Alton Brown Likes to Eat in Atlanta 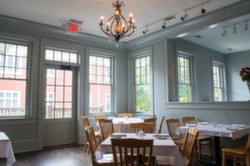 Alton Brown, everyone's favorite quirky-cool food scientist/chef/television person, lives in Marietta. And this year, between his nationwide tours and bowtie entrepreneurship, he let Eater in on his top places to eat and drink inside and outside the perimeter. One of his picks even has a pretty sweet picture of him hanging up on the brick wall. 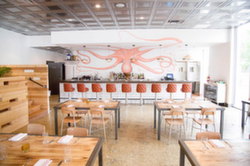 What a crazy year for restaurant openings, what with Krog Street Market, Avalon, and Buckhead Atlanta alone— plus the long wait for forthcoming Ponce City Market (the first tenants, including new projects from Anne Quatrano and the H&F team, were announced this month, too). And that's developments alone. Head this way to see what people were most looking forward to way back in March. And check out the autumn update for a more recent anticipated openings reminder.

What to Eat at Turner Field, Home of the Atlanta Braves 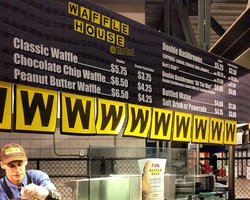 Sure, fine, this wasn't the Braves' year, but in 2015 we'll take it all home. And until then, there's Kevin Rathbun Steak Sandwiches, H&F Burger outposts, and a Waffle House to make the games just a little sweeter. If you're feeling really nostalgic, take a trip down memory lane to the great season of 2013, and if you're worried about the future: rest assured, WaHo will be in the new Cobb County stadium too. 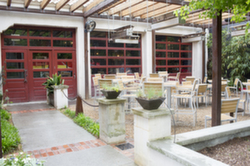 Spring in the South is pollen pollen pollen the best season, especially for those who enjoy drinking and dining al fresco. There are patio and rooftop mainstays all across town (see even more here), but there are also some new spots that opened up in 2014. One to watch for in the new year? Victory Sandwich Bar's Inman Park comeback.

The Bizarre Foods Atlanta Episode: 'It's the New South and I'm Loving It' 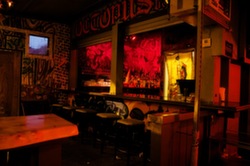 One Andrew Zimmern came to Atlanta to film an episode of Bizarre Foods, and for it he visited all kinds of good restaurants. Late-night Octopus Bar, elegant Restaurant Eugene, Heirloom Market BBQ and Highland Bakery, and more. Catch up here. ICYMI Anthony Bourdain came in 2013 for The Layover and went to some equally shiny local gems.

Where to Eat at Hartsfield-Jackson International Airport (ATL) 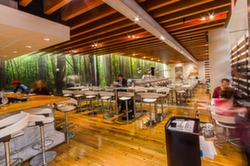 Love it or hate it, having huge, busy Hartsfield-Jackson just down I-85 has come in handy at least once. And whether its because of a long layover or a flight delay, options like a 24-hour IHOP; One Flew South, an upscale spot with one of Atlanta's best bars; and everything in between (good pizza, lots of tacos, customizable burgers, to name a few) make those travel days just a little smoother. 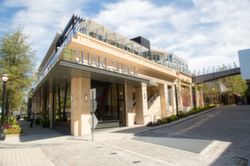 It was a year of big restaurant announcements and tons of expansion, but what were Atlantans most excited about? Not Shake Shack or another project (finally) from Anne Quatrano and her team, but the return of Rio Bravo, which shuttered in 2002, over a decade ago.

A Stripper at Clermont Lounge Gave Lady Gaga Some Advice

Clermont Lounge, Lady Gaga, Jimmy Fallon, and a mention of a "fabulous" stripper who crushes beer cans between her breasts? Go, watch. Lady Gaga's not the only star to have frequented the iconic strip club/dive bar: Bourdain, Jennifer Lawrence, and Mumford & Sons have stopped by as well. Guess who got kicked out?