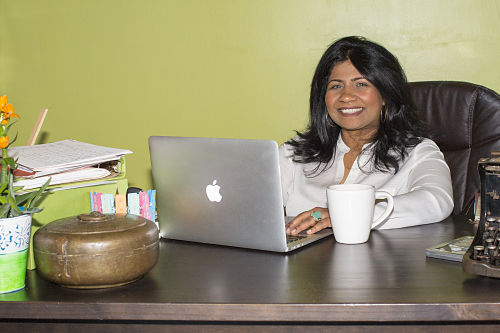 Atlanta, Asha Gomez taught us something. She started in 2011 with Spice Route Supper Club, welcoming us into her home for true Kerala-style Indian food with, as its namesake implies, flavors straight from this region on the spice route. The overwhelming popularity of the supper club led a year later to Gomez's first brick-and-mortar restaurant, Cardamom Hill on the Westside. There, she marries cuisine from the south of India with that of the American South, and her Kerala fried chicken and waffles continue to garner national acclaim (also, a semifinalist nod for the James Beard Foundation's Best New Restaurant Award). In 2013, she launched The Third Space in Studioplex, creating a place for chefs and home cooks to experiment. Continuing her wonder-woman-like takeover of the city, up next for Gomez is another Studioplex destination, Spice to Table fast-casual concept and market (aiming to open this month), and her recently announced Krog Street Market restaurant Spice Road Chicken (opening in late July). So, yes, Asha Gomez has crossed the city teaching us about the Indian South and the Southeastern U.S. Here, learn a little something about where she eats when she's got a minute between starting, finishing, or dreaming up the next big thing.

Quickie lunch:
Star Provisions to the extent that having lunch can be an inspirational experience with everything that you're surrounded by: the food, the charcuterie, Tim the cheese man, close proximity to sweet treats by Carla Tomasko, all produced through the amazing talent of Anne Quatrano.

Casual dinner:
Chai Pani. Part of my childhood was spent in Bombay. Whenever I reminisce and crave my fave food memories, I go here: I'm transported to the streets of Mumbai.

Ethnic restaurant(s):
I'm continually perusing any number of fantastic restaurants on Buford Highway for always satisfying, flavor packed meals. Of late, I am totally enamored with Sobban. To me this goes beyond ethnic cuisine—what a beautiful melding of flavors that just work together. Jiyeon Lee is a veritable force to be reckoned with!

Late-night snacks and booze:
Proof and Provision. There's something about satisfying late night munchies in a beautiful subterranean speakeasy watching the masterful Nate Shuman and Alex Sher throw down some inspired cocktails.

Fancy night out:
Bacchanalia. For the aforementioned Anne Quatrano's incredible food (can you tell I'm a huge fan?).

Top five six Atlanta restaurants not mentioned above:
Miller Union because I love me some Steven Satterfield and I love his food. Steven's food appeals to my senses in every form and shape.
High Tea at The St. Regis, one of my favorite things to do with my son Ethan.
The Optimist, from the restaurateur with the Midas touch (Ford Fry). Chef Adam Evans cooks with heart and soul—gotta have the basmati "fried rice."
Aria. Love Gerry [Klaskala's] place—recently had a wonderful celebration dinner here.
Restaurant Eugene. Outstanding food beautifully executed; so privileged that Georgia houses a chef of Linton Hopkins' caliber. He's the personification of our very own Southern culinary think tank.
Woodfire Grill. For thinking outside of the box and culinary innovation—Tyler Williams rocks.

Out-of-town fave (national):
Babbo, New York City. I'm a pasta freak and I had one of my most memorable meals here.