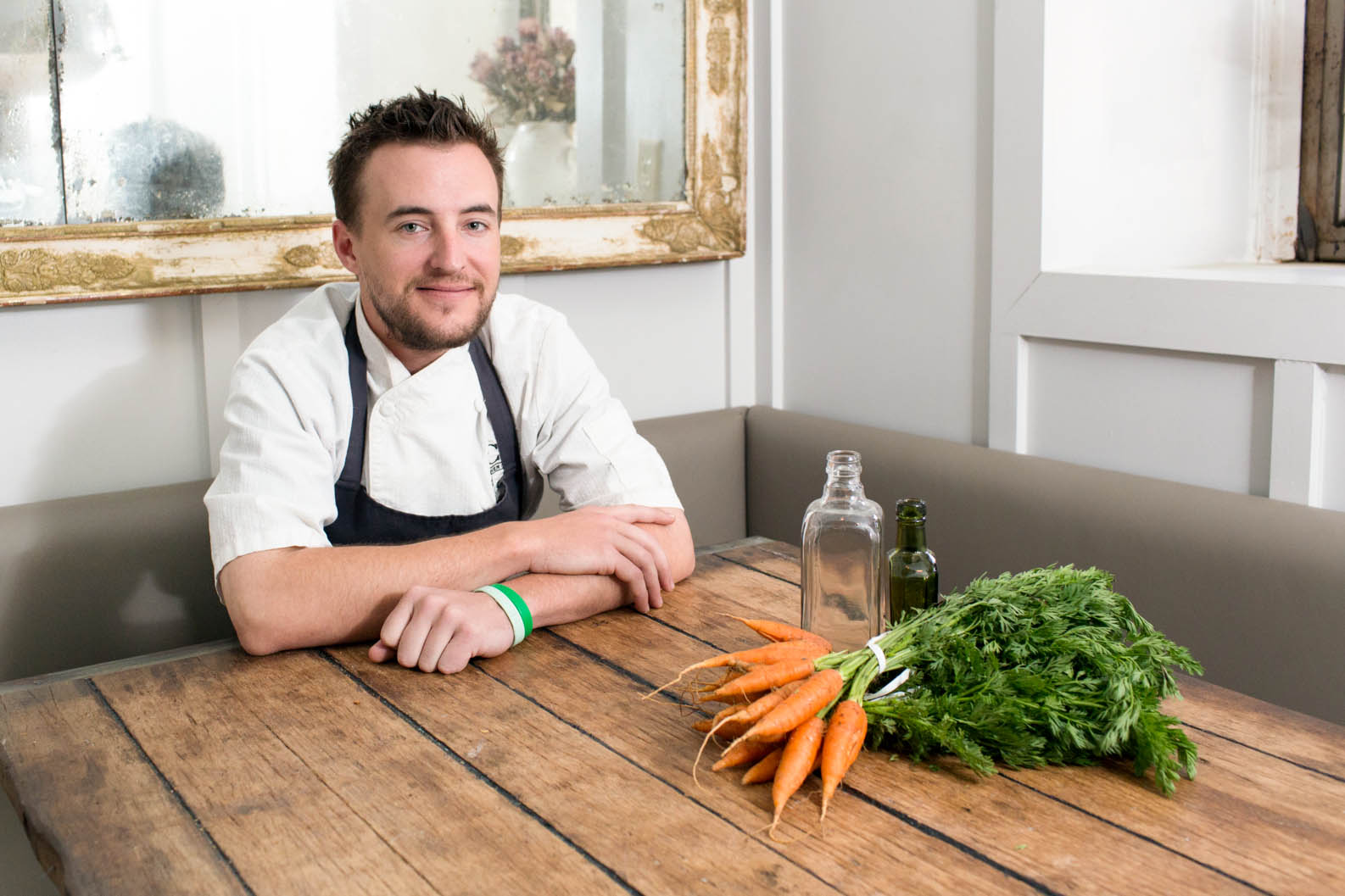 E.J. Hodgkinson has quickly built a name for himself as a chef in Atlanta. The 29-year-old Californian's career includes a journey across the country with stints at luxury resorts and cafes from Idaho to Oregon before finishing his culinary education in Texas. In Atlanta, he was hired by Kevin Gillespie and worked his way up to chef de cuisine within four years at Woodfire Grill. Since January 2013, the chef has held it down at Ford Fry's flagship JCT Kitchen. A true transplant, Hodgkinson now proclaims an "unabashed love affair" with the South. Here, a few spots he enjoys in his adopted hometown and beyond.

Weekend breakfast:
For weekend brunch, I find myself at The Family Dog most often. With how popular Rosebud became for brunch, the crowds became tough to navigate and came for very specific staples. At The Family Dog, Ron Eyester and co. can get a little more creative and they make some really fun, tasty food— not your normal brunch.

Quickie lunch:
As I am located directly next to Star Provisions, I usually find myself grabbing something from them. They have tons of options to choose from, from take-aways to charcuterie and cheeses, to my favorite lunch item, the Reuben sandwich, probably because I see Andy Carson smoking the pastrami five days a week.

Casual dinner:
When I want a great casual dinner, I love to see what Bruce Logue is up to at BoccaLupo (having made his acquaintance only recently); his proclivities toward pasta as well as his very light touch with the extensive appetizer list is always exciting and something new to look forward to. Additionally, I live very close to KR Steakbar and frequently end up having dinner at the bar. The food Chris McDade is doing over there is always prepared perfectly, and the wine list Clay Williams (general manager) has put together is both inviting and complex— he always brings me something fun to try.

Barbecue joint:
The best barbecue I've had in Georgia comes from a place called Fresh Air Barbeque at the original location in Jackson, GA. It is as old school as it gets— simple, chopped pork BBQ with a couple of take-aways. There is something very nostalgic for me about a business of any kind adhering to what they do best and unabashedly serving just that. That in and of itself is probably why it has been in operation for 85 years!

Ethnic restaurant(s):
As far as ethnic restaurants go, I can run the gamut. For pho, I love Pho Dai Loi #2 on Buford Highway. I always go right when they open at 9:30 a.m. A big bowl of pho is a great way to start the day. For Mexican, there is a market on Cheshire Bridge that I discovered six years ago called Mercado Acapulco y Taqueria. In the back by the butchery, they have a small, nice menu of tacos, tortas, soups, burritos, and more that is delicious and made from scratch. Their butcher makes all the marinades for the meat, and frequently they pull the meat directly from the butcher to make your food— super fresh. For Indian food, I really love Madras Bhavan over on Lawrenceville Highway— all vegetarian, always good.

Late-night snacks and booze:
Across the board I think the answer is constantly going to be Octopus Bar and whatever else Angus Brown is doing— the guy is killing it right now and I'm excited to see how Lusca turns out; he has assembled a great team over there. When I met him years ago, we did a dinner at Love Is Love Farm and I had no idea who he was or what he was about to become: super sweet and humble, and a hell of a good cook.

Fancy night out:
For a fancy night out, that becomes a tougher call. As the trend becomes upscale food in a casual environment, you start to question what the term "fancy" really means. So many chefs in so many restaurants around the city are really stepping up their game, having fun, and engaging their guests in the food and the experience. If I want to get "fancy" I will let my [Westside] neighbor Andy Carson know and head in the direction of either the Quinones Room or Bacchanalia. But realistically speaking, I think a fancy night out is what you make of it—I can get dressed up in a three-piece suit and get down on some tacos and beer.

Out-of-town fave (national):
Manresa in Los Gatos, CA. The level at which they are communicating true farm-to-table cuisine is mind-blowing, and chef David Kinch is one of the most humble and gracious chefs I have ever met.

Out-of-the-whole-country fave:
D.O.M. in Brazil. I personally haven't been— however, the food they are doing, the techniques, and the chefs coming out of that restaurant are really opening some doors for South American cuisine on a whole new level.
· All Go-To Guide Coverage [-EATL-]
· All E.J. Hodgkinson Coverage [-EATL-]