Berry returned to cooking last year after a long hiatus, and he's trying to get the Southern restaurant back to its roots.

Share All sharing options for: Chef Dave Berry Looks Back to Move Forward at Horseradish Grill 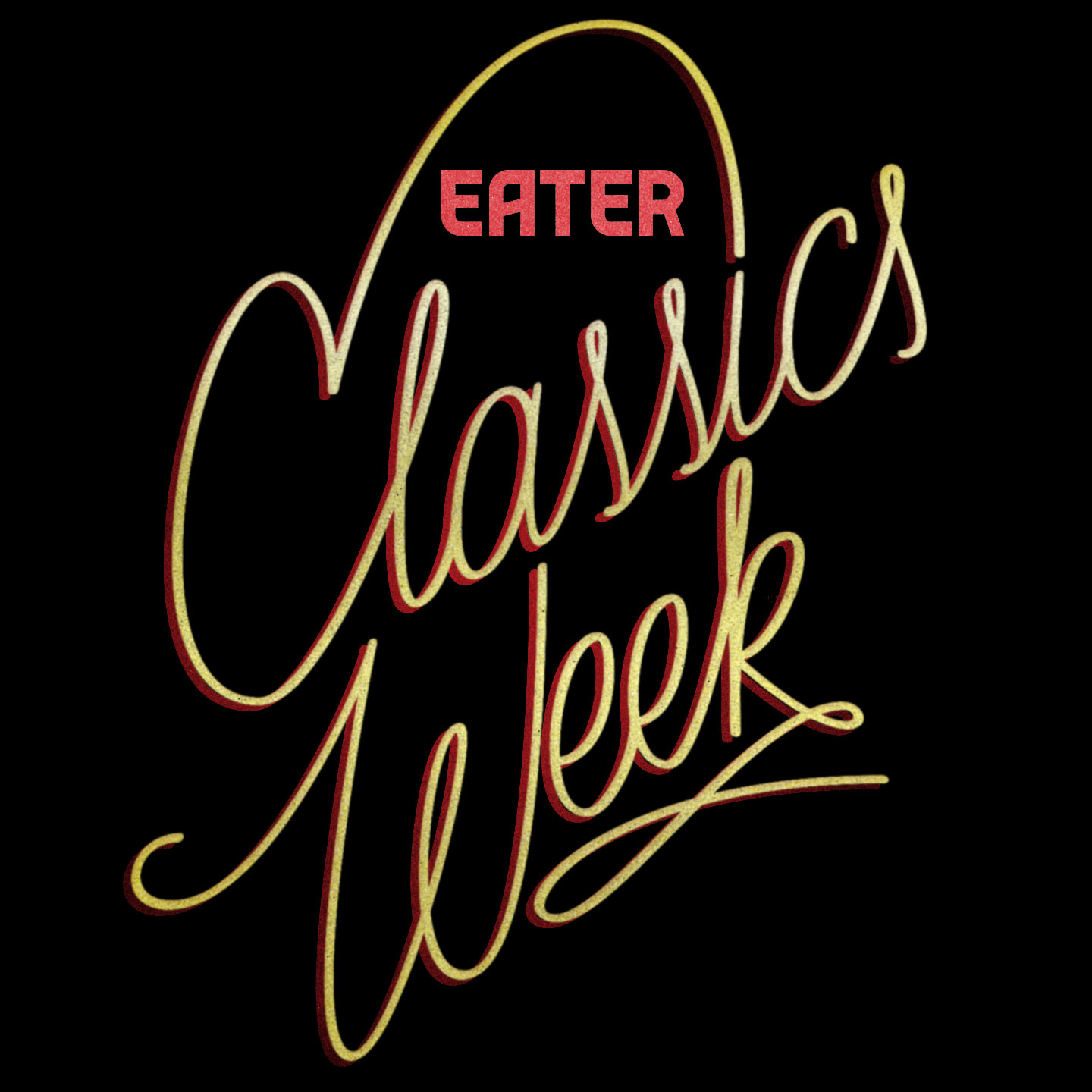 When Horseradish Grill opened in 1994, Dave Berry says he was the first person hired to the kitchen staff. By 1996 he was executive chef, and after raising himself and the restaurant to prominence, he left the service industry in December 2001 to spend more time with his kids. Berry returned last year and is now working to build Horseradish Grill up once again by employing new techniques, but focusing on the Southern traditions that first made the restaurant a hit. Here, he discusses those traditions, how he's changed, and how the Atlanta restaurant scene has changed over the last 20 years.

What made you decide to return to Horseradish Grill?

How do you think the dining scene in Atlanta has changed since Horseradish Grill opened in 1994?

Well, it's changed enormously. There are so many more restaurants in the city, so many more choices available. It's become a lot more high-profile, I think. Farm-to-table has kind of come full circle. We kind of started with that here in '94, and it's still going strong today, so that's good to see. But it's been interesting. When I was out, for those 10 years I was out [of the restaurant business], I don't think I ever went out to eat that much. So there are so many restaurants that I need to try. There are so many of them. I think you could go to a different restaurant every day for a year. It's refreshing to see the different kinds of foods that are available today in the Atlanta area. And I think it has become, again, a high-profile city for food, you know, more foodie oriented, which is nice to see.

Horseradish Grill serves pretty quintessential Southern fare, so in that same vein, how do you think Southern cuisine has changed in the last 20 years?

I don't know, it's the old standby. Southern food, to me, has always been about farm-to-table, fresh ingredients, local ingredients. So that, to me, hasn't changed at all. And I think people are still trying to get back to the roots of that. I mean, you've got different chefs — Steven Satterfield [at Miller Union] over off Howell Mill, he's doing the same thing; Ford Fry with JCT. Kitchen. It's all basic Southern food, so I don't think it's gone anywhere. I think it's always been there, and it's still going strong. It just proves to me that Southern food is a viable cuisine, a fairly old cuisine, and it's rich in its history and development.

At Horseradish Grill, you really stick to those truly traditional Southern ingredients and preparations. Does it annoy you at all, or do you think it's cool, when a restaurant labels itself as serving "Southern food," but doesn't necessarily stick to tradition?

It doesn't really bother me. I'm classically French trained — I went to the Culinary Institute [of America], so my background is classic French cuisine. But it doesn't mean I can't apply those [techniques] to Southern cuisine and Southern ingredients, just to update it. So I don't see that as bad. I mean, there are certain things — braised collard greens, for instance. That's a standby. There's not much you can do to update that — cook it in different flavored stocks, I suppose — but there's not a whole lot going on with that.

Some of these restaurants that do have the "modern Southern," I enjoy it. It's all about their interpretation of it. Southern food is so vast. There's so much going on with it, so many Southern states. I think you're closing yourself off by saying something is not Southern. I mean, you use fresh, local ingredients, who's to say it's not Southern? Maybe somebody's grandmother cooked it that way and they grew up in the South, so who's to say?

Right now, Southern cuisine is sort of the "it" cuisine in America, with chefs like Sean Brock gaining national prominence. How does that make you feel?

It think it's awesome. But again, it comes back to Southern food's been around for awhile. And when this restaurant opened it was the "it" cuisine then too. So it kind of keeps rolling along, keeps circling back around to it. It never goes away, it's there, so I think it's neat that it's getting a new turn.

With social media and a much larger focus placed on food and restaurants these days, do you think it's easier or more difficult to open and run a restaurant now compared to when Horseradish Grill opened?

I think it's almost more difficult, and here's why: I'm going to use the example of just labor alone. If you have a qualified labor force, you have cooks that are very good cooks, you have cooks out of school looking to make careers. And the more restaurants that open, that base of really talented people gets thinner and thinner. It just does. I mean, the labor force has changed in the last 20 years of what you're finding in the kitchens. That has become more challenging, in my view. And I do equate it to there are so many restaurants opening that the talent pool is thinning.

Along with that as well, though, you have a lot of new fresh ideas. But I think the basic skills in cooking, that needs to be there. Just because some young kid comes out and does something because it's cool doesn't mean that he can really cook — putting all these crazy ingredients together, I think that gets fed with media and fanfare. That doesn't necessarily make it good. I go to plenty of restaurants that I just don't go back to. I don't complain, I just don't go back.

And I do think the whole Twitter thing is not necessarily a great thing a lot of the time, because somebody can go somewhere and have a bad experience. And you're immediately putting it out there in a negative way, but if you didn't say anything to the restaurant, or you didn't give them a chance to help or fix it, that's not really fair either. So people are more than willing to put anything negative out there, I find that a lot in today's world. People tend to focus a lot on negatives.

Who and what has influenced you as a chef? Why do you cook the way you do?

Part of it is just my background. You find a style you like. I mean, I worked with chef Paul [Albrecht] at Pano's and Paul's when I got out of school. And I learned a great deal when I went to culinary school, and I worked for some other talented chefs for the Buckhead Life group. So everybody that you work with, you take something from, you learn something from them, and that kind of molds your ideas.

I perhaps, looking back on it, would have enjoyed working with more chefs upon getting out of school, because I graduated in '92, and I was executive chef at Horseradish in '96. So I would have enjoyed working with more chefs along the way, to learn more. I look at myself now, especially since coming back into the business, I'm hungrier for knowledge now, so I do a lot of research.

Do you foresee doing anything different at Horseradish Grill? How do you think the restaurant will evolve in the coming years?

Horseradish got away so much from the farm-to-table theme. Now that I've been back for a little bit, I would really like to focus to get it back to its roots, back to where I left it in 2001, just with a little more updated flare. Anson Mills is out now, you know, some of these heirloom variety grains. So you have a lot of this stuff going on, and there are a lot more farmers locally around, which is really awesome. So I'd really like to take it back more to its roots. Whether that's new or not, but that's something I hold near and dear, and that's going to be my focus for this year, to really get it back to that. I'll really try to get the garden out back spruced up, and that will be an uphill challenge, but something that I want to commit to and get it back to where it was.

Moving forward by sort of looking back?

I was out for so long, so learning things like new techniques — like sous-vide and stuff like that. You can apply that to so many different kinds of cuisines, that slow cooking method. That's something that I'd like to explore more. When I was here before, not too many people made bacon. You know, that's prep now, so I wanted to learn how to make it, so I taught myself how to make it. Now we make our own bacon. If somebody else, a craftsman can do it, I want to learn how to do it myself and make it here. And that's where I've changed, and that's what I want to get back to when I say get "back to more roots": really research it, find out how to make it, and do it.

This interview has been edited for brevity.