And a new menu debuts at Char on Friday

Chef Richard Tang of Char Korean Bar & Grill in Inman Park has partnered with former Ba Bellies chef Mike Yang in the kitchen as they roll out a new menu and begin work on a forthcoming restaurant, an Asian seafood house.

Tang signed a lease for space at the upcoming Madison Yards development on Memorial Drive in Reynoldstown. Tang told Eater Atlanta he and Yang, whose official title is director of culinary arts, have been in talks for some time regarding the possibility of opening an Asian seafood restaurant in the city. He hopes to open sometime next year.

“I hired Mike because we are expanding and I wanted someone of his caliber in the kitchen with me. This is the next wave,” Tang said. “I feel like we had a pretty good first year at Char and can do better next year.”

Yang has previously worked in the kitchens of New York City’s Per Se, L'atelier, and Craft as well as Bouchon in Asheville.

The chefs are introducing their partnership with a new menu at Char on Friday. Tang said he and Yang have changed the format of the menu which now includes extra side dishes to “give guests a bit more.”

The new menu at Char: 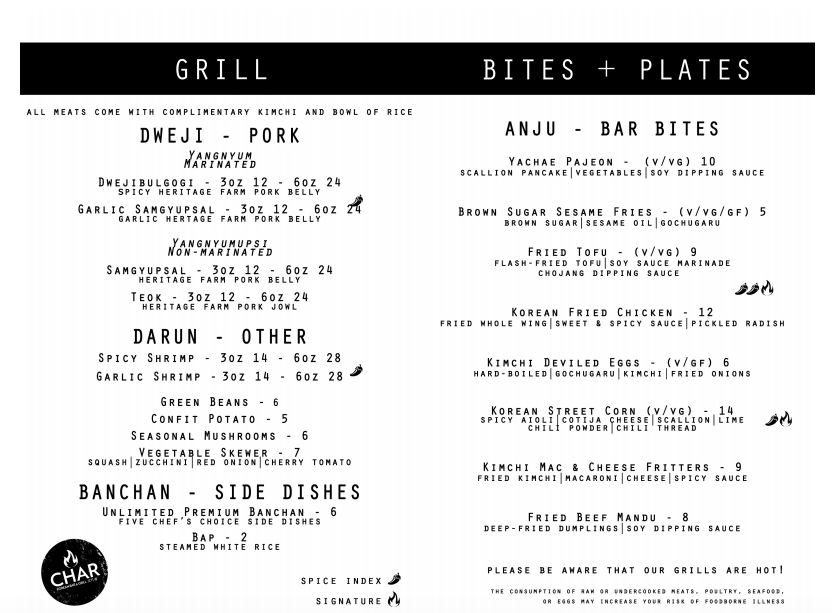 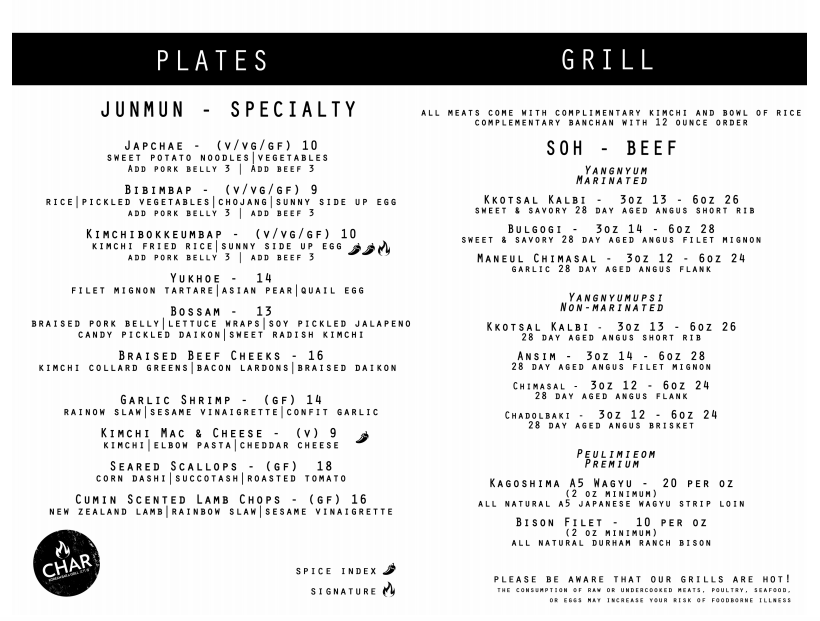