The Most Beautiful New Restaurants in Atlanta of 2017

These were the jaw-dropping designs of the year

Share All sharing options for: The Most Beautiful New Restaurants in Atlanta of 2017

Atlanta has no shortage of visually-stunning restaurant designs, and 2017 proved to be no exception with many of this year’s openings. Designs ranged from hat tips to the bright colors and patterns of Spain to chic takes on an old school steakhouse to the sexy vibes of a mid-century-inspired diner’s club.

Here, now, are the most beautiful, new restaurants in Atlanta of 2017.

Restaurant designer Elizabeth Ingram worked closely with owner Michael Lennox to completely transform the interior of the former H. Harper Station into an old school, mid-century cocktail lounge and diner’s club. The interiors won the restaurant an Eater Award for restaurant design of the year. The dark and clubby vibes of this one-time train depot in Reynoldstown are enhanced by rich jewel tones of ruby reds, turquoise, and orange topaz set against dark hardwoods, golds, and plaids throughout which bring warmth to a space that neither feels too masculine or feminine. 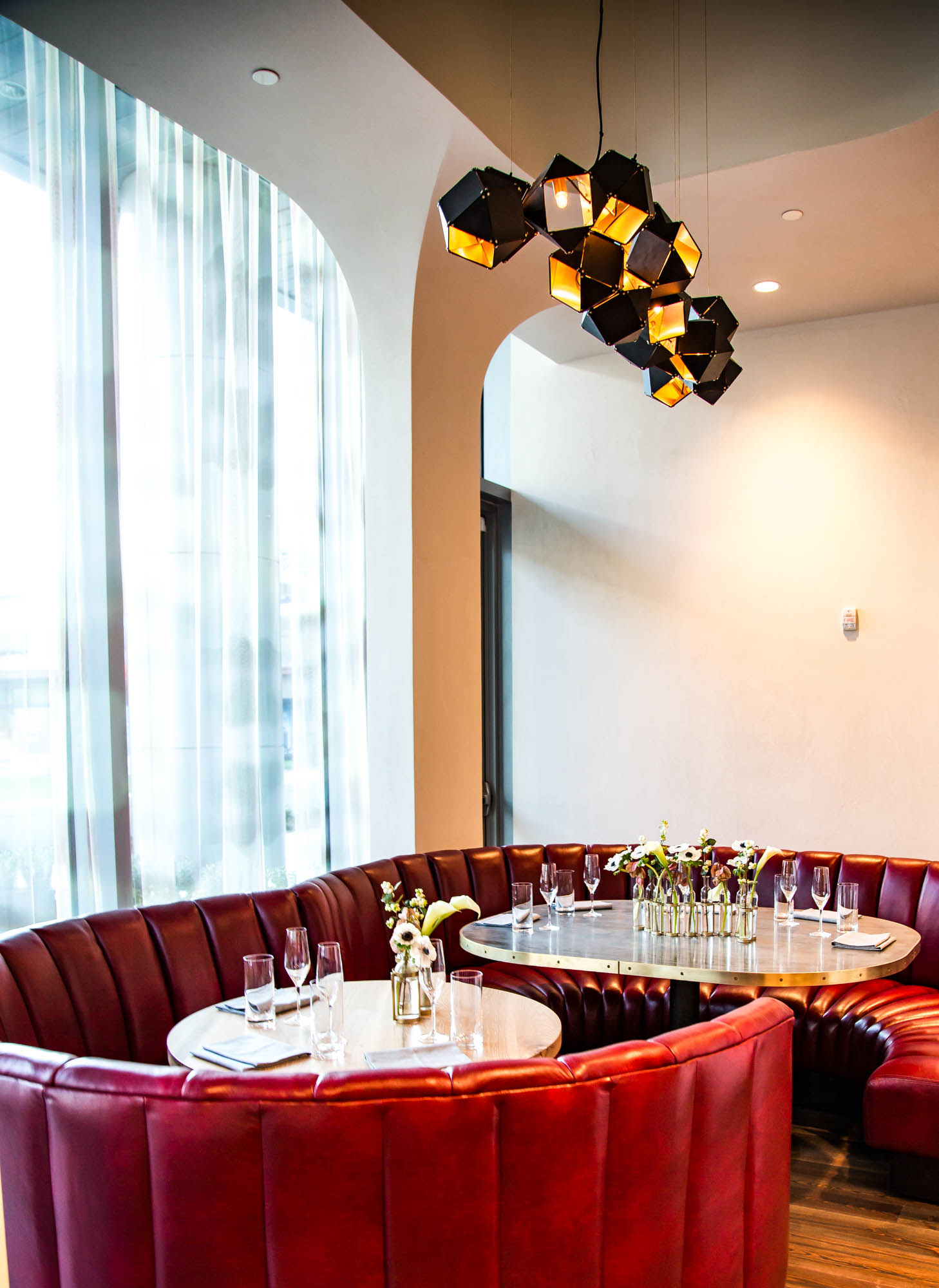 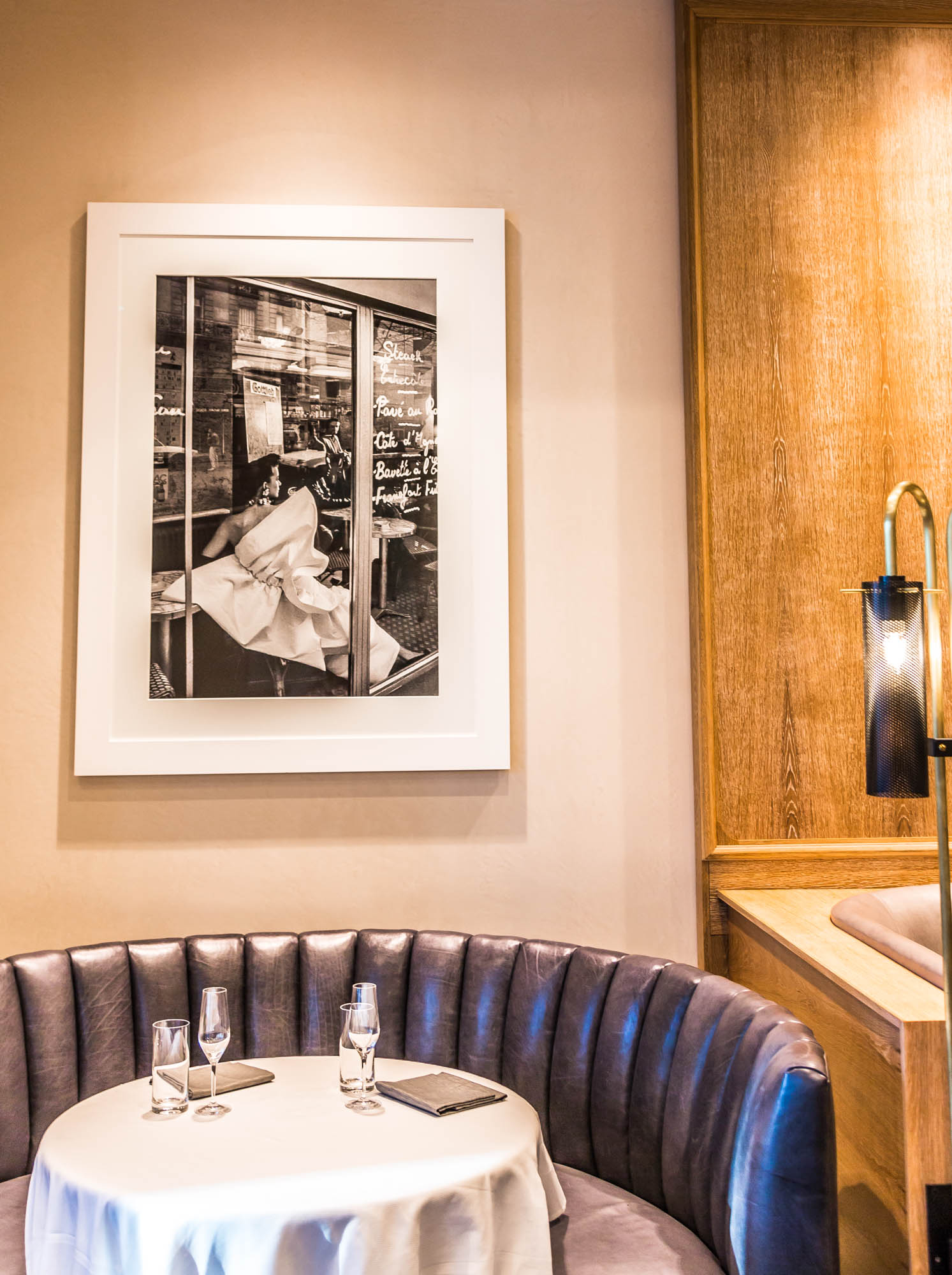 The Atlanta firm Square Feet Studio created the design for the latest restaurant from chef Linton Hopkins located in the shadow of the Braves SunTrust Park at the Battery Atlanta. The steakhouse and oyster bar offers various experiences in its main dining room, club room, patio, and walk-up oyster bar. The chic and opulent space features accents such as murals by Seattle-based artist Maeve Harris, leather banquettes, and a chandelier from New York designer Gabriel Scott.

The architectural firm of Perkins+Will and interior designer Joyce Fownes created chef Anne Quatrano’s relocated market/cafe Star Provisions and fine dining restaurant Baccahanlia on Ellsworth Industrial. The 8,717-square-foot, free-standing building was the vision of Quatrano and her husband and business partner Clifford Harrison. The spaces (inspired by the couple’s Summerland Farm in Cartersville, GA) are filled with clean lines, large windows, and natural light with the market/cafe and restaurant split in half by a central kitchen and long, narrow hallway.

This 26,000-square-foot, old school gaming parlour is located in Westside’s Stockyards Atlanta on Brady Avenue. The building, part of an adaptive re-use project, dates to just after the turn of the twentieth century. A graffiti-filled hallway leads to the basement space which is surrounded by original exposed brick and granite. The Painted Duck includes a few modern touches like black steel lighting, rose gold, copper, and brass fixtures and finishes, and plush seating areas. Beyond the grand chandelier above the dance floor at the entrance to the duckpin bowling lanes lies the real design stunner of the space, a 50-foot, flying duck mural by artist Todd Murphy.

Why Deep-Fried, Jelly-Filled Sufganiyot Are a Hanukkah Tradition