Breakfast, burgers, and local beer on Concourse B

Atlanta’s SweetWater Brewing is opening a restaurant on Concourse B at Hartsfield-Jackson International Airport on Saturday, December 9. Last Cast Bar & Grill will take over the space formerly occupied by Dos Equis Explorers Lounge.

Last Cast is a joint effort between Concessions International (CI) and H&H Hospitality who together represent a handful of Atlanta-based restaurants at the airport including LottaFrutta and Paschal’s.

SweetWater founder Freddy Bensch said via press release, “Hartsfield-Jackson has done an excellent job of populating the world’s busiest airport with brands that showcase the best of Atlanta.”

The food menu for Last Cast has been designed to pair with the brewery’s core beers and will lean toward traditional bar fare like burgers and fries, pretzel bites with mustard, tacos, and nachos. Breakfast as well as grab-and-go food will also be offered.

Take a peek at the menus: 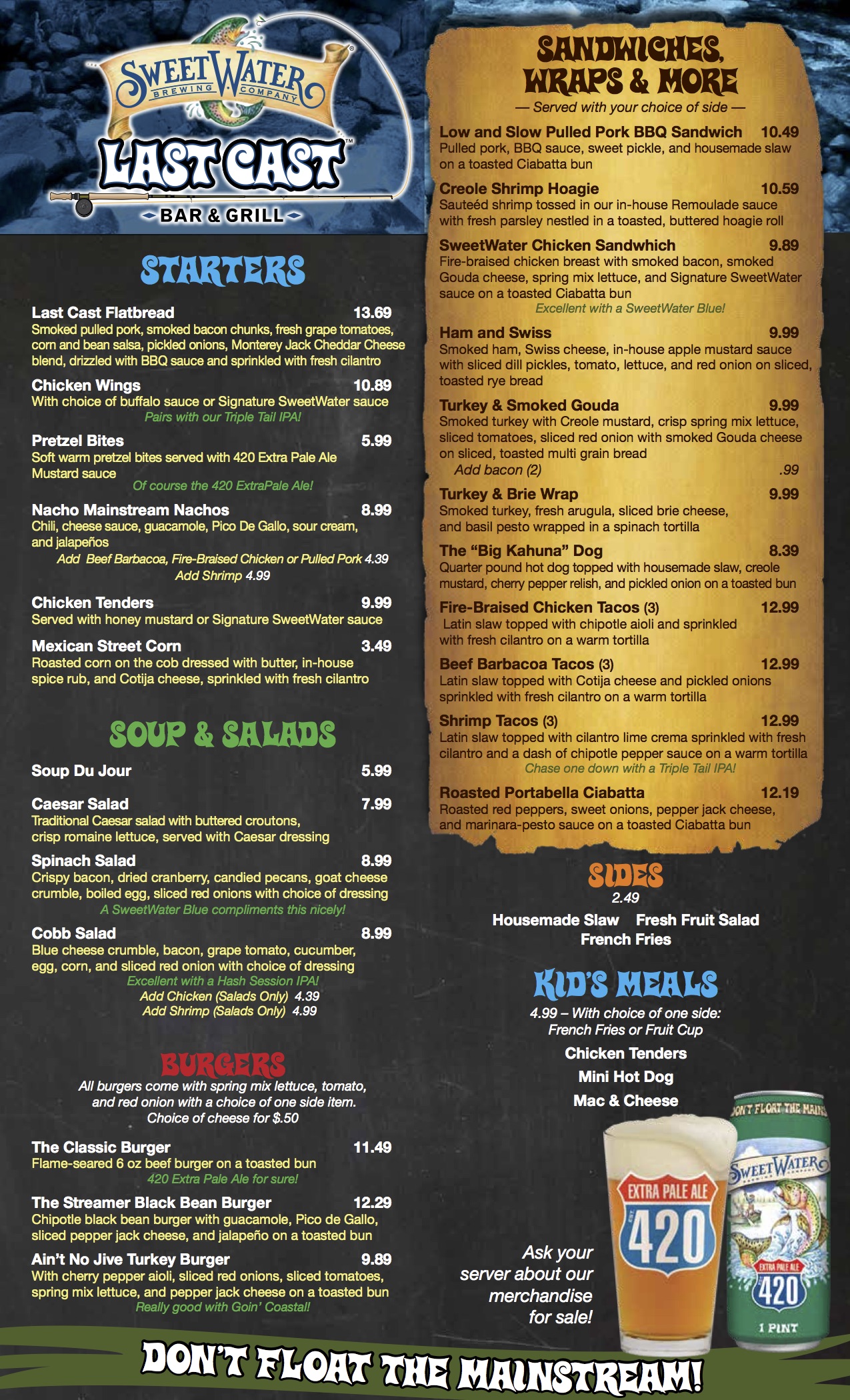 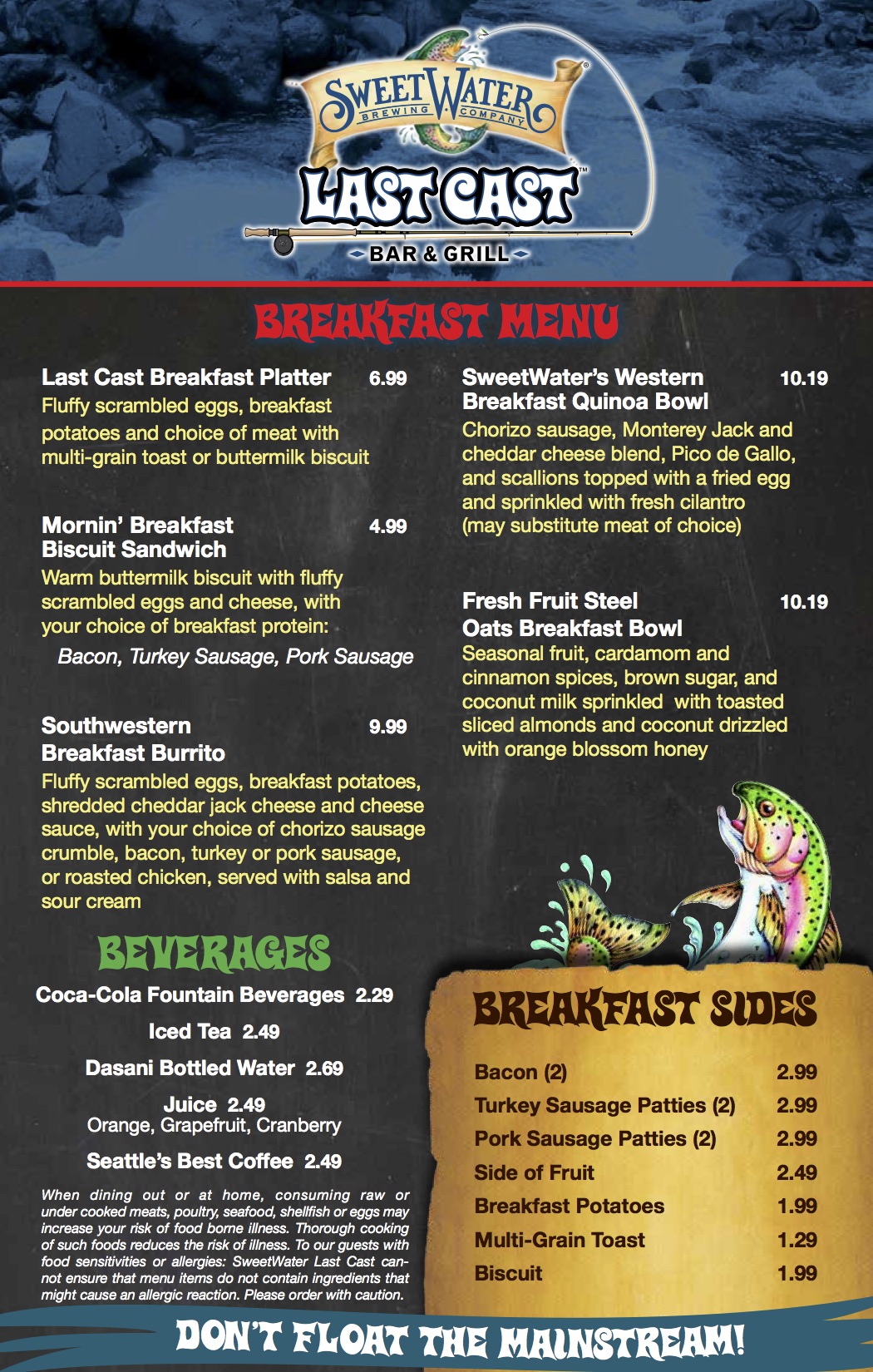 Look for SweetWater’s signature beers 420 Extra Pale Ale, IPA, Goin’ Coastal, and Blue to be on draft along with the occasional seasonal brew and limited releases from SweetWater’s pilot system The Hatchery. Last Cast will also include a full bar in addition to six draft taps.

The restaurant’s decor centers around “SweetWater’s passion for fishing” like fly rods above the bar and table tops designed by fishing artist Derek Deyoung.

This is not the first time SweetWater has occupied space at Hartsfield. In 2007, the brewery opened SweetWater Draft House & Grill on Concourse B. That restaurant was rebranded in 2015 to Blue Moon when the location was taken over by another airport concessions company.

SweetWater struck a deal with Delta Airlines in 2016 to serve their flagship beer 420 Extra Pale Ale on all domestic and international flights with the exception of a few inbound flights from Asia.