The Atlanta outpost of Savannah’s Daniel Reed’s Public Kitchen & Bar is now open at Phipps Plaza for lunch and dinner.

The meat-heavy menu should be identical to that of the Savannah outpost which includes several burger options using beef, lamb, and pork and field green salads as well as larger entrees like a New York strip and a stuffed chicken breast.

A lengthy wine list is also available in addition to a menu of mostly classic-based cocktails. Expect to sip on drinks like a daiquiri made with Plantation pineapple overproof rum, an old fashioned with rum and rye whiskey, and a play on the gin-based aviation.

Take a look at the dinner and lunch menus: 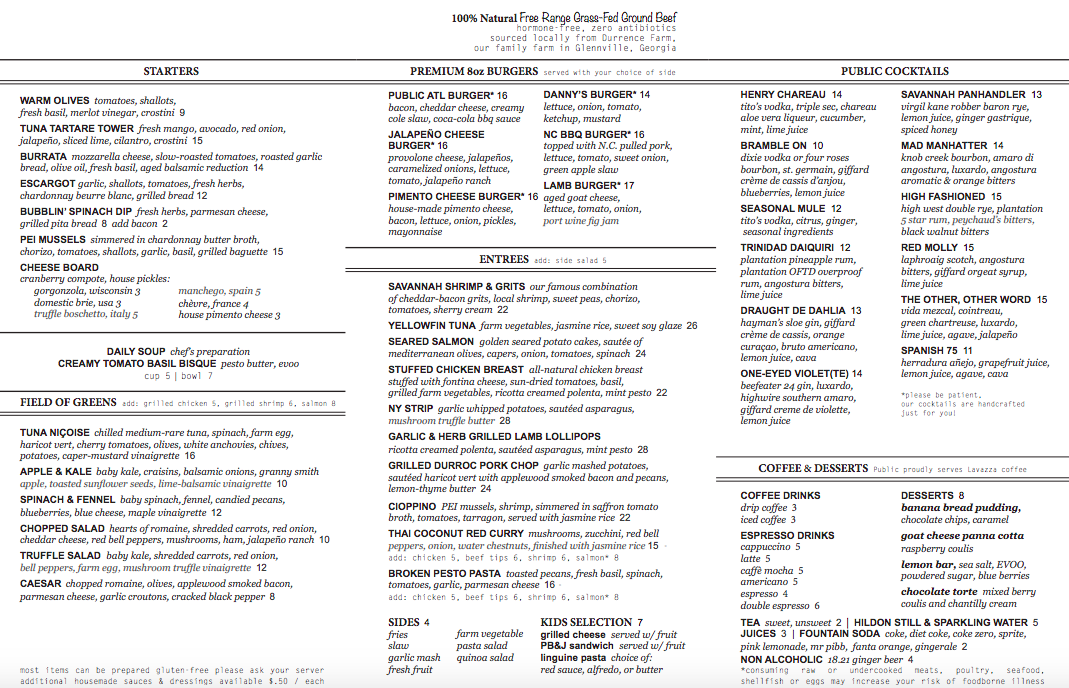 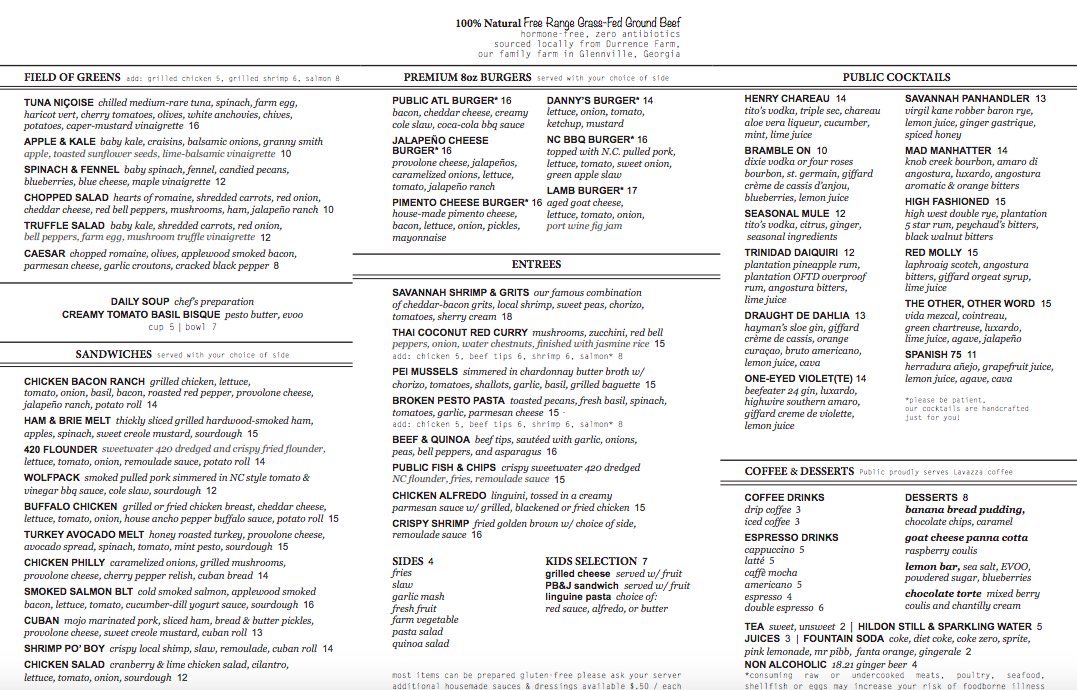