Westview Cafe Hopes to Sustain its Neighborhood with Coffee

Share All sharing options for: Westview Cafe Hopes to Sustain its Neighborhood with Coffee

Koinonia Coffee ATL opened as a crowdsourcing experiment in February at Westview’s D Café to measure community interest. The collaboration between recent neighborhood transplant Eduardo Lowe and longtime Westview resident and cafe owner Devotis Lee has proven successful beyond what either imagined.

Lowe and his family moved to Atlanta’s historic Westview neighborhood last November. He hoped to open a church. The Augusta native had just returned from Los Angeles having pursued a masters in theology. While there, Lowe developed a passion for coffee culture, inspired by a Pasadena coffee shop called Copa Vida. He often met with members of his community at the shop.

“We always had these great conversations, and connected on a level we never got to do in an actual church building,” Lowe says.

After moving to Westview, Lowe, his wife Jessica, and their two young daughters made ends meet thanks mostly to Jessica’s salary as a dental hygienist. Lowe earned extra cash as a Lyft driver while working through the logistics of starting a church.

“We realized what we really wanted was to BE the church,” he says. “We wanted to replicate the kind of environment we had at Copa Vida, where we could be engaged in the community.”

Lowe didn’t want to enter into business blindly. Half Hispanic (his mother is from El Salvador) and half white, he’s all too aware of the impact of gentrification; especially in historically black neighborhoods like Westview.

“We wanted to do something for the community,” he says, “not push out businesses that already exist. We hoped to do this by partnering with someone already in the community.”

That’s when the Lowes met the Lees, a local African-American family with strong ties to Westview.

Devotis Lee (known as Mrs. D) is a former UPS worker who spent years bartending at Delta’s Crown Room and then for the Obama campaign in Tampa. She began catering for big churches in Atlanta’s Westside in 2009. By 2013, she and her husband Alexis (Mr. D) had opened the first brick and mortar iteration of D Café, a block away from their current location on Ralph David Abernathy. It reopened last spring.

From the start, D Café has acted as an incubator committed to supporting the community that has sustained it. “Back when we first started catering, we had a hard time finding places to cook out of,” Mrs. D recalls. “That’s why in our first café we allowed chefs to come and use the kitchen, host pop-ups, et cetera. It’s a way of understanding and making sure things are open to other people.”

Mrs. D has made a habit over the years of hiring ex-convicts to work at the café, along with local teenagers. The Lees have long hosted an annual Thanksgiving buffet where all are welcome to come and eat for free. Last year, they held it at their newly expanded café.

“The community helped us pay for things,” says Mrs. D. “We noticed people were able to come in with dignity and walk out with dignity. See, the community can take care of the community. If we all did that, we would have less people that need things than we do now.”

She remembers meeting Lowe for the first time when he and his family came into the café to eat, “They’d just moved into neighborhood and we started talking,” she recalls.

Lowe nods, “I’d found out from the Westview neighborhood Facebook page that someone had asked Mrs. D about serving espresso coffee...”

“…And I was interested in getting a machine [to do so] but needed someone to run it,” says Mrs. D, finishing Lowe’s sentence.

“We put out another post saying, ‘D Café is interested in serving espresso, would you be interested?’” Lowe continues. “We got 120-something responses in that group alone!”

The coffee pop-up went from idea to reality in less than two months. Lowe chose the name Koinonia; a Greek word with biblical roots meaning “community”. He bought a secondhand espresso machine from a bicycle café in Chattanooga and beans from JavaVino, a local company that grows coffee in Nicaragua and roasts in Decatur.

Mrs. D’s son Robert Allen III, the café’s head chef (Chef D), fast-tracked a pastry program. It’s centered around the breads he bakes from scratch in a brick oven that sits in the middle of the café.

“I came up with the recipe three days ago,” he says with a shrug. “We needed something to go with the coffee. I gave it a try. Now they’re a best seller. But I’m not pleased yet.”

The pop-up began serving coffee with Chef D’s hastily devised pastries on Wednesday. By Friday, encouraged by the community response and heavy foot traffic, the partners decided the pop-up needed to become permanent.

D Café will continue serving hearty breakfast and lunch dishes on one side of the café, while Lowe serves flat whites, cappuccinos, and Chef D’s expanding roster of pastries on the other. By summer, Lowe and Mrs. D hope to have a dog-friendly patio out back. 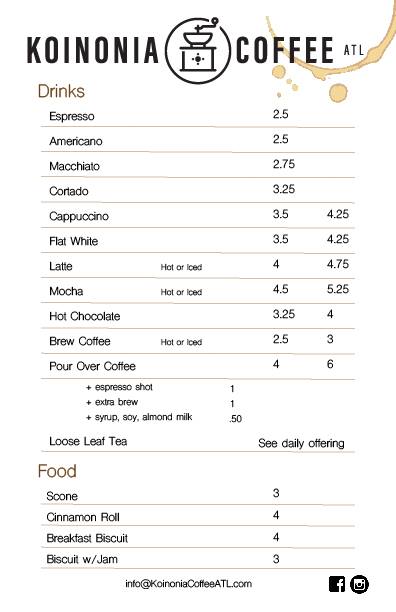 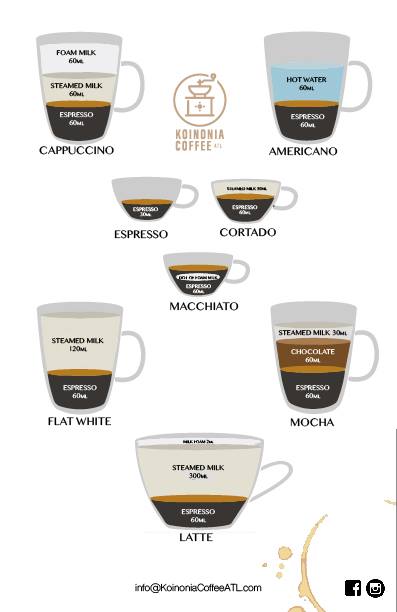 A menu with a coffee primer

“We do want it to be a blueprint,” Mrs. D explains of the mutually supportive pop-up structure. “Because [Eduardo and I] come from different backgrounds, but when you get into a gentrification area, the people that move out are people like us that don’t have all the resources we need.”

It’s a matter of banding together, Mrs. D says, to keep from being steamrolled by the insidious forces of gentrification and displacement. This is why D Café focuses on sourcing locally. They hope to be buying the bulk of their produce from within the neighborhood by 2019—partnering with local urban farms like Truly Living Well and organizations like Invest Atlanta. It’s all aimed at helping long-term neighbors thrive.

“I feel I have engaged more relationally with people in these past three days than I did in six months as a pastor in the church,” Lowe says. “I still consider myself a pastor, but my medium is coffee. I’m not forcing anything down anyone’s throat, but here to be a part of the community and serve them as much as I can.”

“It’s a family thing,” adds Mrs. D. “We have to say to each other, ‘You can’t stay by yourself and I can’t stay by myself, but if we group together, we can stay, and survive.’”