Forced to shut down after 25 years last fall in downtown Atlanta, R & R Produce has reopened as Origin Market

Share All sharing options for: Displaced, Family-Run Grocery Cafe Back in Business Downtown

From behind the counter of his recently reopened tiny grocery and cafe Origin Market in downtown Atlanta, Luke Reid is ready to answer the question, “What’s sweet today?” Maybe it’s the blackberries, two packs for $5, or the green apples, more on the tart and juicy side.

What’s sweet today all depends on his recent haul from the State Farmers Market in Forest Park. Each morning, Luke and his wife, Leti, make the trek from their Fayette County home to the sprawling market to source bargain-priced, organic produce they then transport to the small business they’ve owned and operated in downtown Atlanta since 1993.

But that all changed last fall.

Formerly known as R & R Produce, the Reid’s business was once tucked away in the Georgia Building Authority’s massive 2 Peachtree Street building. The couple had throngs of loyal customers — from office workers to longtime residents to hotel housekeeping staff — who had been devoted to their produce, soups, sandwiches, and friendly service for nearly 25 years.

However, when 2 Peachtree’s ownership — and thus the building’s relationship with the small business — changed in the fall of 2017, the Reids found themselves out of work and in need of a new place for their market to call home.

“Most of my customers are like family, like true neighbors — I know some of them better than my own neighbors,” Luke laughs. “Over half of my life has been here. I love downtown [Atlanta], and I didn’t want to rebuild somewhere else.”

Thanks to a few concerned residents who also didn’t want to see the couple leave the community, the Reids began speaking with real estate company, WRS, Inc. The company acquired the struggling shopping and entertainment district Underground Atlanta last year in an estimated $250-plus million renovation and redevelopment deal.

WRS told the Reids of a newly-renovated space now occupied by Post-Office CoWork at the corner of Pryor and Upper Alabama Streets, across from the visitors center of the Atlanta Convention and Visitors Bureau. Post-Office owner Michele Grant agreed to share her ground-level retail and kitchen space with the couple, where she operates a coffee shop.

The Reids were back in business by late January under a new name, Origin Market.

The shared space and joint business opportunity has turned out to be mutually beneficial, increasing visibility for both the pop-up cafe and market and Grant’s coworking space with its coffee counter.

“I’m so happy to be back to work and happy that someone allowed us to come back to work,” Luke says. “I want to make sure that our time here benefits us and Michele.” 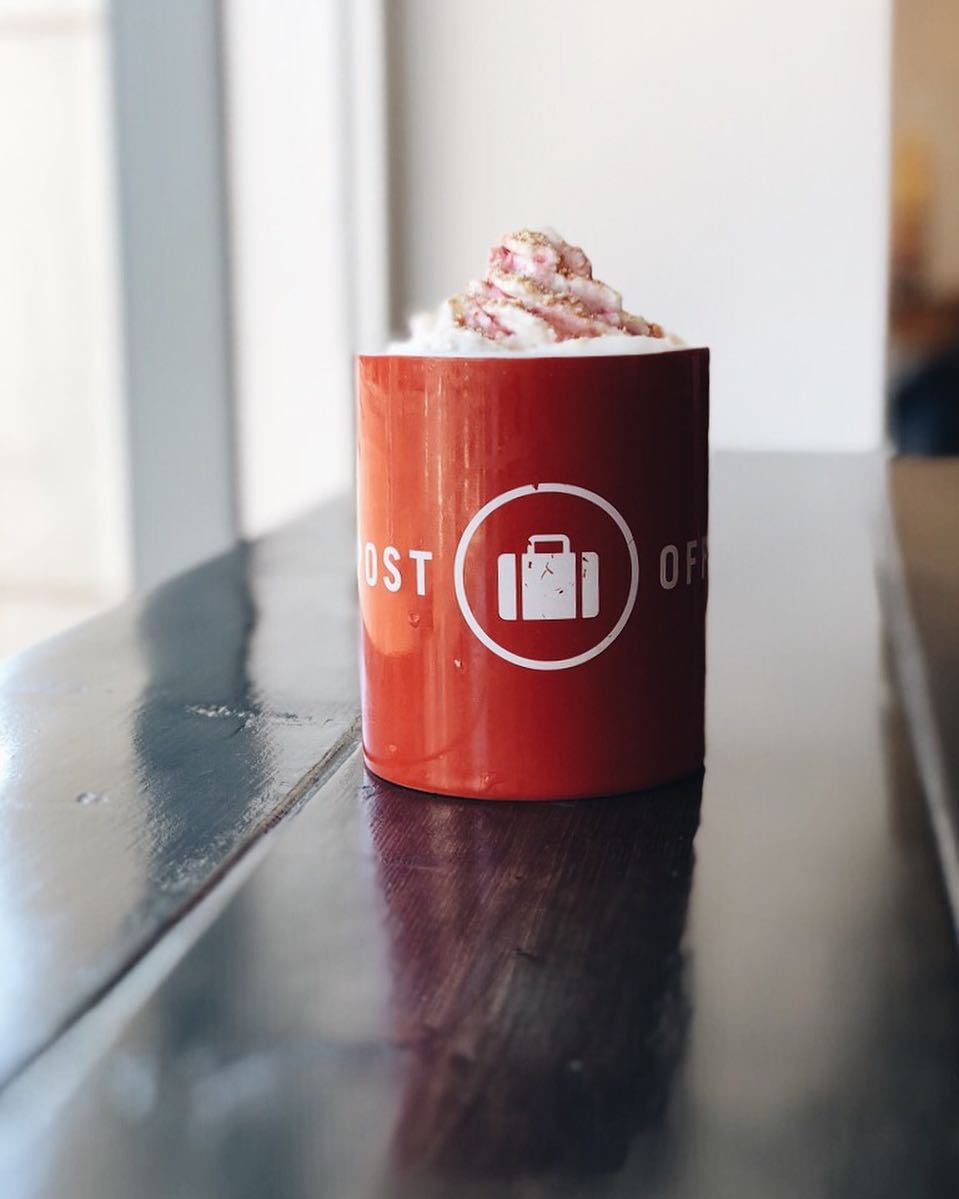 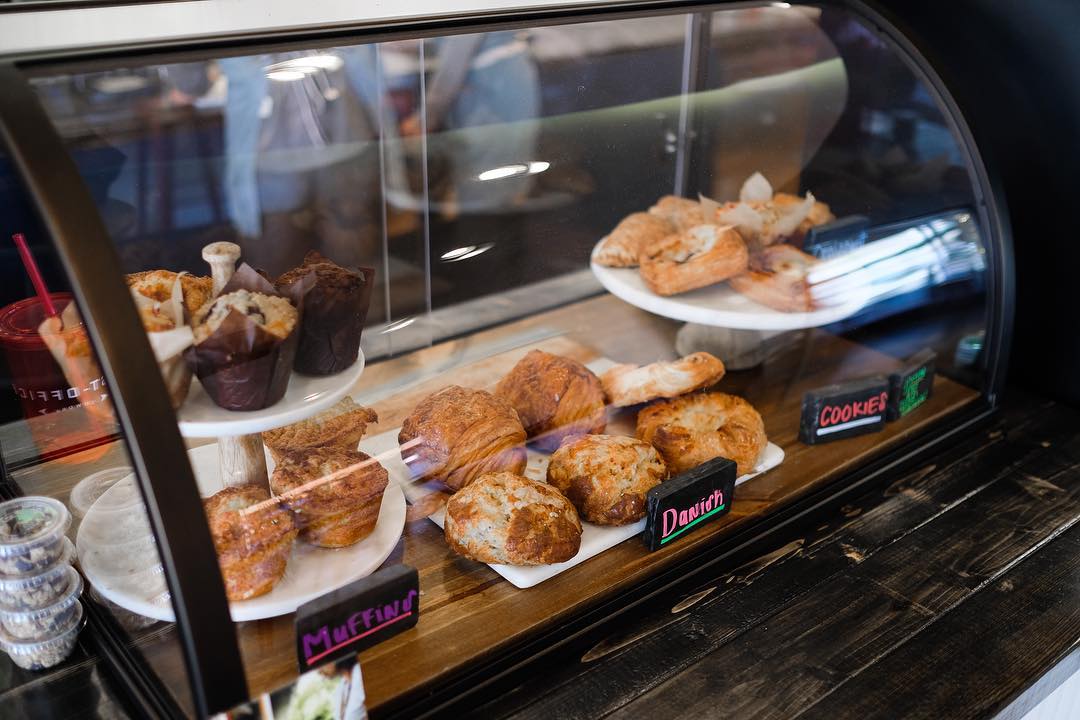 For Grant, her company is leveraging the opportunity to formalize an approach to small business incubation.

“We’re starting to develop a more defined way of bringing in small businesses to incubate them, consult with them, help them really grow, adapt, and be successful,” she explains of her business.

Grant assisted the Reids with updating their point of sales system, for instance, to improve efficiency when checking out customers and keeping track of their produce stock.

Though moving and rebuilding presented its challenges, once word got out about the Reid’s re-emergence as a grocery and cafe pop-up, the downtown customers quickly followed.

“We had a clientele, but they just had to find us,” says Luke. “By the third week, when we started serving breakfast, things really picked up. Now the crowds are starting to come.”

A visit to the review section of Origin Market’s Facebook page illustrates the excitement many downtown dwellers and workers have felt upon rediscovering them. The name change likely confused the Reid’s longtime customers.

One reviewer writes, “So happy I found your new location. I have been missing the fresh produce (at great prices)!”

Another says, “They [the Reids] treat everyone like family. Love this family and their business.”

While cheerful baskets of fruits and vegetables next to a lunch counter might not seem particularly exceptional, the absence of a major grocery store downtown (the nearest include Publix on Piedmont, Whole Foods Market on Ponce de Leon, and Kroger at Edgewood Retail District) illustrates how precious access to fresh produce is for people living and working in the area.

Per a 2014 analysis by The Reinvestment Fund, and as reported in the Downtown Atlanta Master Plan, downtown’s residential neighborhoods (excluding the Old Fourth Ward and Castleberry Hill) are actually considered to be a limited supermarket area (LSA) — an area in which “residents must travel significantly farther to reach a supermarket than the ‘comparatively acceptable’ distance traveled by residents in well-served areas with similar population densities and car ownership rates.”

Thus, specialty shops like Origin Market, the Sweet Auburn Curb Market, and even the Fresh MARTA Market and community garden at Five Points MARTA rail station fill in gaps as they are able.

In addition to the fruits, vegetables, nuts, and raw honey available for purchase, Origin Market aptly meets the needs of downtown’s daytime population — situated just a block from the Fulton County Government Center and Fulton County Courthouse — with prepackaged breakfast platters (eggs, toast, and fruit salad), a cooler stocked with sandwiches and seltzer water, and counter service for custom sandwiches and hot soups made daily.

For everyone involved, the partnership of Post-Office and Origin Market is a promising sign of revitalization in downtown Atlanta, which includes Underground’s multi-million dollar renovation.

“People are always pleasantly surprised to find a quality food and coffee option here at Underground,” Grant adds. “When people stumble in, look around, and say, ‘Wait, what is this?’ — that’s the most exciting moment of the day, to watch people walk in, to see that befuddlement turn into delight.”

Origin Market is open for grocery purchases and grab-and-go food as well as breakfast and lunch in the cafe Monday through Friday, 7 a.m. to 5 p.m.

Post-Office coffee counter and co-working hours are Monday through Saturday, 7 a.m. to 7 p.m.